The water that runs

Mike & Linda Cox, with a rotating assortment of friends and family, have been tubing, canoeing, and kayaking the Niobrara River near Valentine, Nebraska annually since 1976. This week marked the first time I've gone along with them.

The Niobrara River Valley is known as a biological meeting place, with several different ecosystems converging there. Many eastern animals and plants occur there at the western edge of their range and vice versa; hybridization has been documented in numerous birds, including Baltimore/Bullock's orioles, indigo/lazuli buntings, and yellow-/red-shafted flickers, as well as butterflies. Additionally, the cooler recesses of the valley harbor relict populations of trees such as aspen and white birch, common here during the last Ice Age but now typical of high-altitude or high-latitude locations hundreds of miles distant. A 76-mile stretch of the Niobrara is designated as a National Wild & Scenic River and is administered by the National Park Service.

The name Niobrara means "running water", and early French trappers translated the name to l'eau qui court or "the water that runs". (By contrast, Nebraska is a variation on Niobrathka, or "flat water", in reference to the Platte River and other slow, braided rivers typical of the state, such as the Loup and the Elkhorn.) The water was certainly running on Tuesday, thanks to the heavy rainfall associated with Monday night's epic thunderstorms. (A flood on Valentine's Main Street totaled Linda's Chrysler Sebring while sparing my Outback; clear evidence for the Subaru's invincibility in my opinion, but Ellie disagrees.) We were able to explore a few channels usually not navigable even by kayak, and rarely scraped bottom even at known shoals.

On to some pictures:

The founders: Mike and Linda on the river 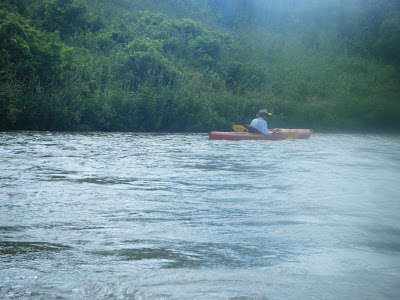 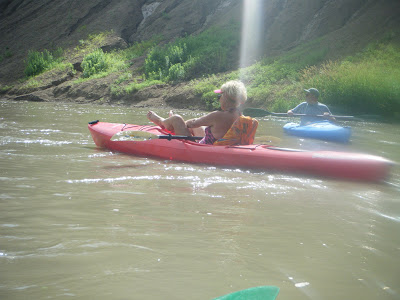 Ellie in the front of our kayak 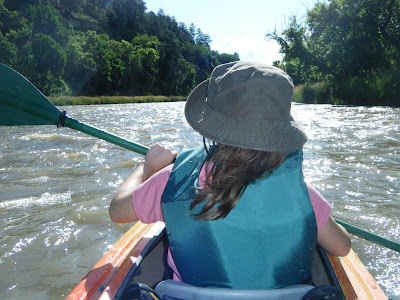 Sandstone bluffs on the south side of the river 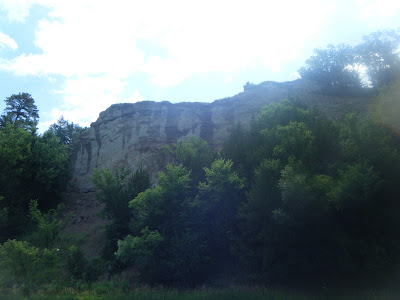 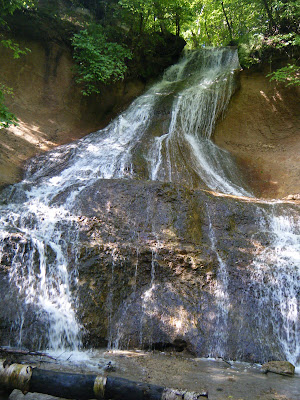 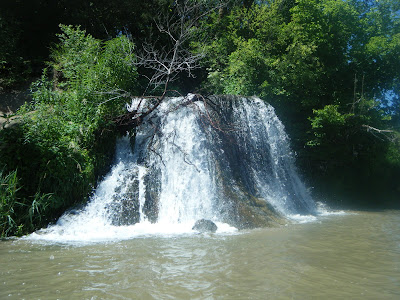 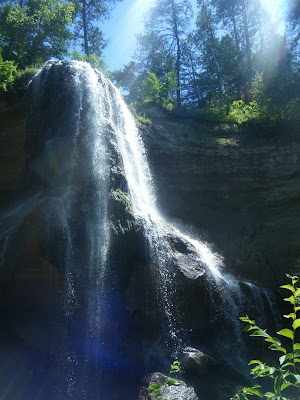 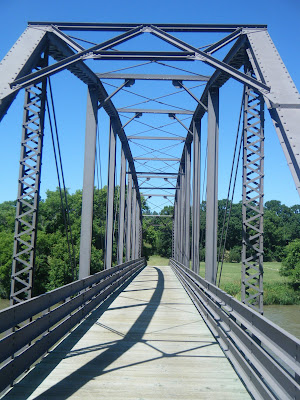 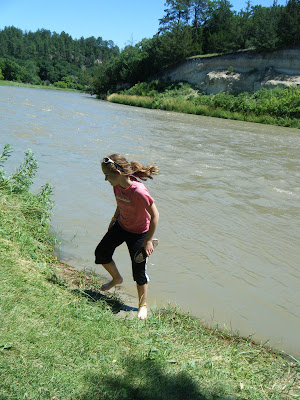 Pictures I didn't take but wish I had:
This year's was a shortened trip, in deference to our late start and Mike's health. He's been undergoing both chemo and radiation therapy for cancer; considering he was in the hospital as recently as Sunday, 12 miles or so of paddling is pretty impressive. We'll try for a longer float next year; the scenery is best on the upper stretch (especially through the refuge) but the more challenging water is below Smith Falls. 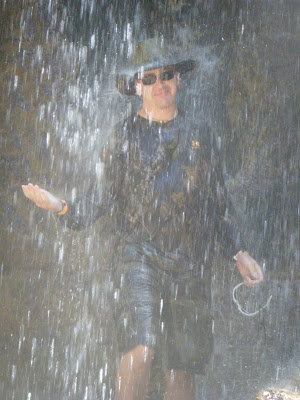 "Off the Trail" interviews

Boise State Radio's Jyl Hoyt has recorded several interviews at The Peregrine Fund and its Archives of Falconry for her "Off the Trail" segment. Hopefully these brief (4-5 minute) audio files will themselves end up in the Archives, but meanwhile I will link to them here.

Another piece not recorded at P-Fund, on ospreys and baling twine, includes speculation that nesting ospreys use the bright orange polypropylene as a substitute for the brightly-colored lichens they often put in their bulky stick nests. Maybe so, but I think it's more likely collected for its own sake, as ospreys are well-known packrats. Other items documented in osprey nests include mops and brooms (those might have been picked up as sticks), plastic bags, Styrofoam cups, beer cans, fishnets, boots, doormats, bicycle tires, and Barbie dolls. As David Gessner writes in Return of the Osprey, "I've noticed that our local [Cape Cod] birds have a particular fondness for the shiny and artificial." Small wonder eyasses and even the occasional adult get ensnared... One can hope that radio pieces such as Jyl Hoyt's, along with articles in the popular and academic press, will eventually reduce the amount of litter available to the fish hawks, but it's a slender hope. (See previous review of the movie WALL-E.)

Enjoy the interviews; if any more appear, I'll try to update this post.

Posted by Mark Churchill at 10:37 AM No comments: