My adopted homeland derives its name from Niobrathka, an Otoe-Missouria word meaning "flat water", in reference to what French trappers later named the Platte River. This is a braided river, famously described by settlers as "an inch deep and a mile wide". Though its flow has now been much reduced, over the millennia the river has deposited countless tons of former Rocky Mountains rock throughout the Platte Valley in the form of sand, and sand mining on various scales remains an important industry in the region.

[Platte River Valley as seen from Platte River State Park, between Lincoln and Omaha, with sand-mining operation visible just beyond the river, at right.] 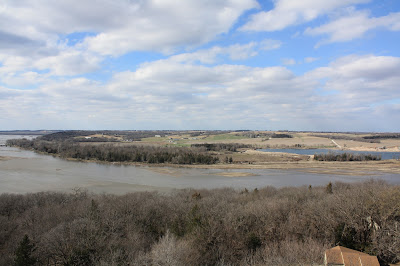 Far to the west, hundreds of miles upriver in central Wyoming, is a famous stretch of the North Platte River known as the "Miracle Mile". Actually about five and a half miles long, it is a tailwater, drawing cold water from the depths of Seminoe Reservoir via Kortes Dam, and eventually emptying into Pathfinder Reservoir, named for John C. Frémont. The cold water supports cutthroat, rainbow, and brown trout, and this fishery spawned a fly known as the Platte River Special.

The PRS is a classic streamer; the exact recipe varies wildly from one tyer to the next, but generally incorporates gold tinsel, yellow feathers, and red in one form or another. This colour scheme suggests, to my eyes at least, a tiny brown trout, but with streamers (even more than other flies) presentation is probably more important than imitation: as long as it moves like a baitfish, predatory fish will take an interest. 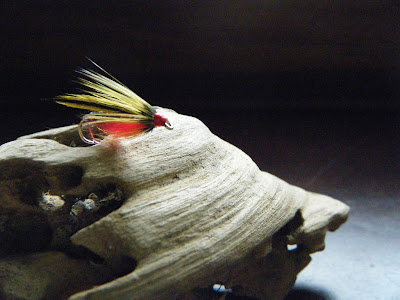 So, back downstream to Nebraska, where the Platte is far too warm for trout, and to all that sand. Just west of the city of Fremont (also named for The Pathfinder) is Fremont Lakes State Recreation Area, a collection of abandoned sandpits now used for boating and fishing. Fishing the PRS here, a stone's throw from the Platte, seems appropriate even if it is far from its place of origin. And it works: I can guarantee this black crappie has never seen a brown trout, fry or otherwise, but it clearly viewed the PRS as a fish of some kind, and did not hesitate to take it. 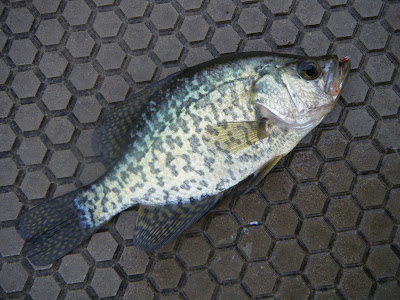 More surprising were the small sunfish (bluegills, greens, and hybrids) that also went for the streamer. Unlike crappie, these little guys aren't typically thought of as piscivorous, but evidently they're willing to give it a go. 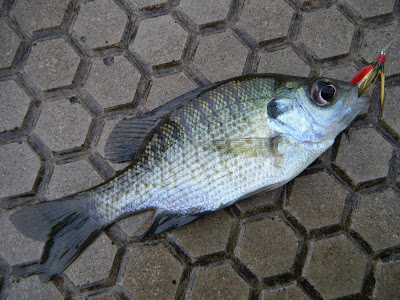 I haven't yet fished the Platte River Special in the Platte proper, but this will do for now in terms of validation. I hereby designate the PRS as a "native Nebraskan" fly. (Also any imitation of the Platte River caddisfly.)

Posted by Mark Farrell-Churchill at 11:41 AM No comments:

Cowles Lake near Venice, Nebraska, is commonly known as "the trout lake" because it is seasonally stocked with rainbows, but it's also a good spot for black crappie, dragonflies, and amphibians.

American toads only occur in a couple of eastern counties within Nebraska, and this lake is the most reliable spot I know for them. 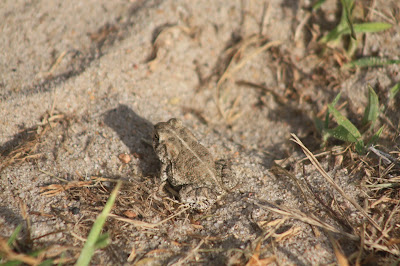 Plains leopard frogs occur here in decent numbers, and are easily recognised by their brown colouration. (Northern leopard frogs are patterned similarly, but in green.) 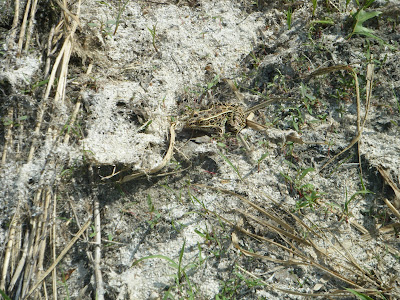 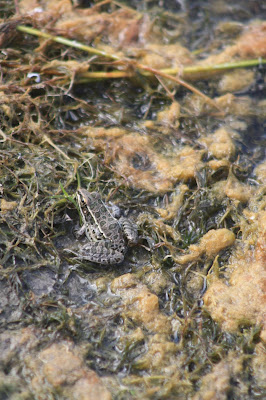 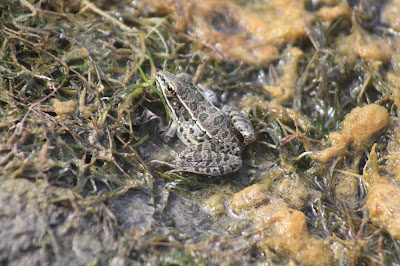 By far the most conspicuous, however, are bullfrogs. 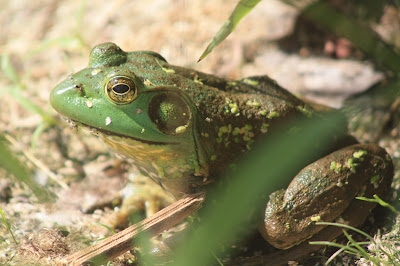 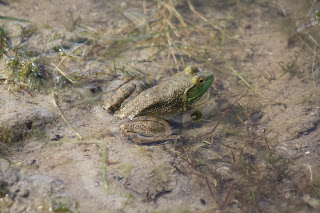 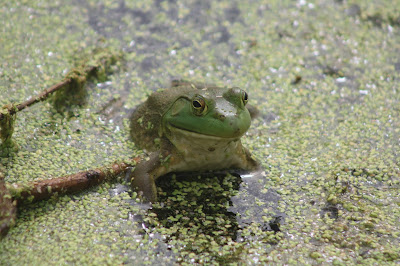 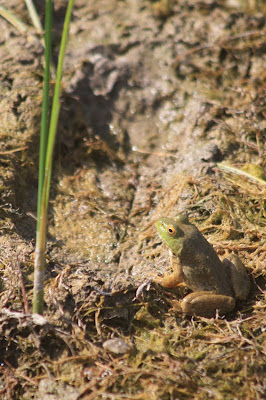 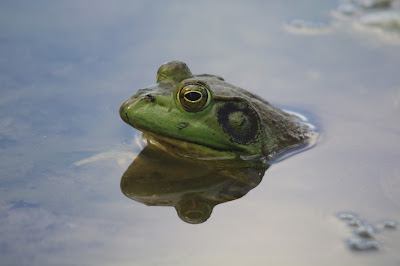 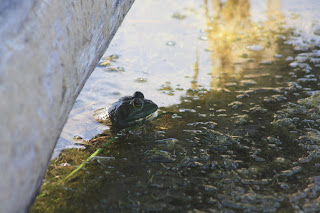 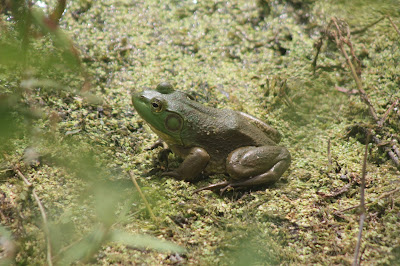 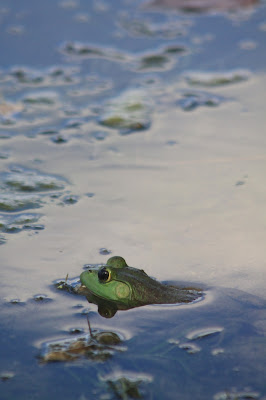 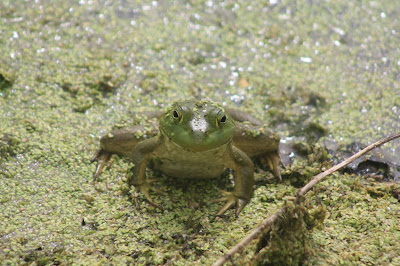 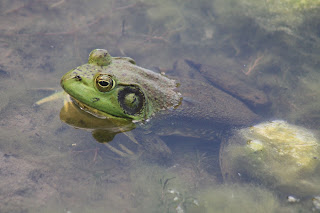 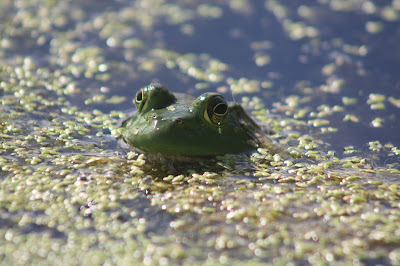 [All photos by Jessica, with the exception of the first leopard frog by me, and this one by Ellie of Jess holding a developing bullfrog.] 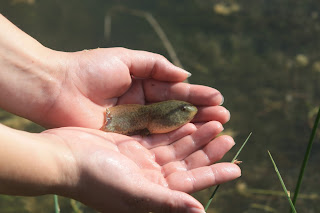 Posted by Mark Farrell-Churchill at 5:52 PM No comments: