She was a picture of relaxation, perched on a fallen, sun-bleached snag with one foot drawn up into her body plumage, the small feathers under her chin fluffed out: the casual demeanor of a merlin enjoying her leisure. Exactly what I'd like to see on the block at home.

But not out in the field.

I leaned against the middle of the log, ten feet away from Wakulla, which was about as close as she would let me get. She would fly toward me when I swung the lure, but refused to land on my gloved fist or even commit fully to the lure. So I watched her, and she mostly ignored me, occasionally preening or bobbing her head at something moving in the distance. Every once in a while she'd drop from her perch and fly down the creek, chasing dragonflies. She caught a few of them, which was a shame, because this place, if anything, needed more dragonflies to keep the mosquitoes in check. I swatted mosquitoes by the dozen, my jeans, T-shirt, and bare arms a battlefield strewn with the bloody corpses of the slain. Most of it, of course, was my blood, and despite the slaughter the bloodthirsty little bitches kept coming and coming and coming. Over the next couple of weeks, I somehow managed not to come down with West Nile Fever, but it couldn't have been from lack of exposure.

At some point in the course of her rehabilitation, training, and moult, my "passage" merlin (trapped inside a building for a week without food) had undergone a reversion in behavior, acting like an eyas—a screaming eyas at that, so I hardly ever get to see the relaxed-merlin posture: as soon as I walk in the room, she starts screaming for food; once she finally gets it, she clutches it and mantles over it and continues screaming between bites. It's noisy, painfully noisy, but more to the point, it's misleading. She acts hungry whether she really is hungry or not, and evidently I'm slow-witted enough to fall for it. More than once.

Unable to discern her true response weight, I took her out a few weeks ago and, as described above, she sandbagged me, persistently refusing the fist until well after sunset and just before dark. So I dropped her weight by ten grams—a lot on a bird of this size—and took her out again a week later, with distressingly similar results. She did hit and knock down a sparrow, even if she didn't press for the kill, and she did take a long slip at a passing blackbird. But she remained recalcitrant, refusing the fist altogether and eventually flying off into the darkness. I pulled out the telemetry, marked her down in a cedar tree about a quarter-mile from the log we had shared, and got her back early the next morning, though not without difficulty and not without making more involuntary blood donations to the local mosquito population.

Since those misadventures, I've become more disciplined and have discovered Wakulla's current response weight, or at least a close approximation thereof. With increased flying time, she's grown visibly stronger—and her manners have improved somewhat, though they're still not exactly Emily Post. Now the challenge is to get her chasing birds seriously. Challenges, plural, actually: get her attention focused away from me, figure out what kind of slips she wants, at what kind of quarry, and perhaps dial in her weight with a bit more specificity. If falconry was always easy, perhaps I'd find it less interesting, but I'll be glad to get this set of challenges behind us. Fingers crossed...

Posted by Mark Churchill at 7:51 PM No comments:

It's been a while since I posted a blanket. This is from Pendleton's American Indian College Fund series. 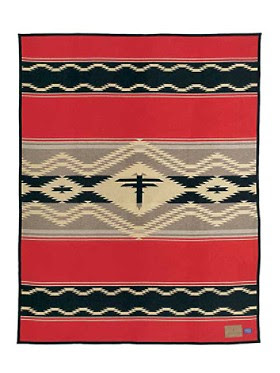 Posted by Mark Churchill at 6:27 PM No comments:

A belated post: A gallery of dragonflies from the Niobrara River Valley, shot on our kayak trip in August.

Twelve-spotted skimmer, male and female. (Much better than the blurry snapshot I got in Pennsylvania earlier in the summer.) 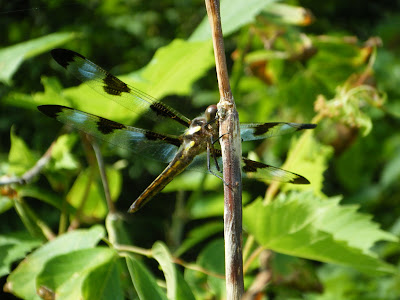 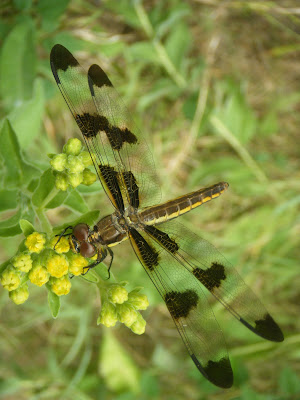 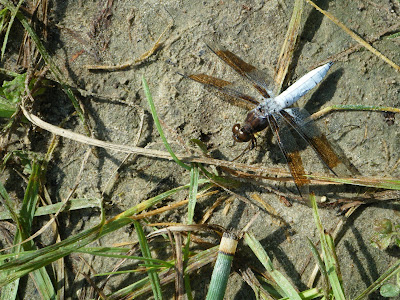 The next four shots are all of meadowhawks. The first is, I believe, an adult white-faced, the second an adult cherry-faced or ruby. The latter two are juveniles, and could represent any of the three species. Note that one has the basal half of the wings tinged with amber, while the other's wings are totally clear. This is not diagnostic, just an example of the variation within each of these similar species. Even experts have a hard time separating immature meadowhawks. 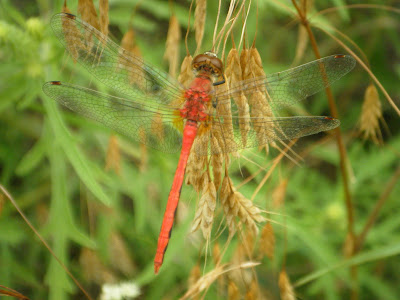 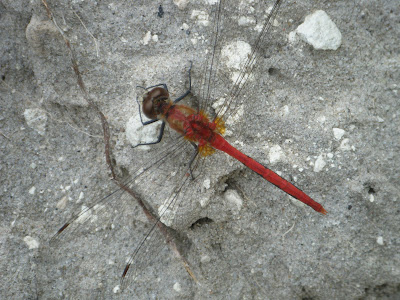 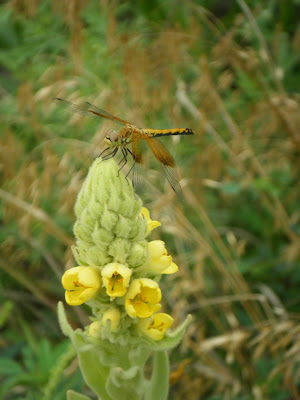 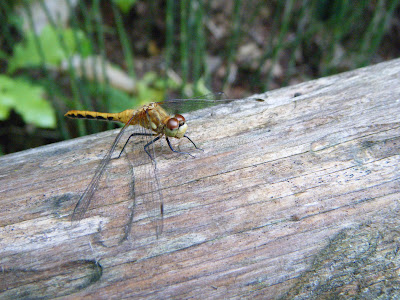 This last I haven't been able to confirm, but I suspect it's a juvenile of yet another meadowhawk species, the yellow-legged. 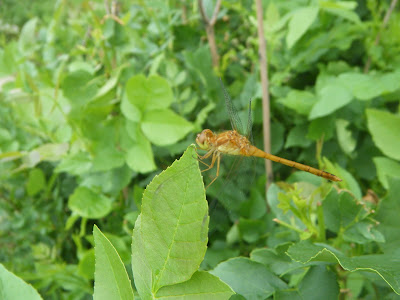 The fact that dragonflies are so difficult (or at least more difficult than birds, for me) is half the fun.
Posted by Mark Churchill at 9:18 PM 1 comment: