Blue Rocks is a felsenmeer (or blockfield) on the slopes below Blue Mountain near Lenhartsville, Pennsylvania. Boulder fields of this type are periglacial features, common in arctic or near-arctic locations in Alaska, Canada, and Greenland, but also found in parts of the northern Appalachian Mountains. Two other well-known examples in Pennsylvania are the River of Rocks at Hawk Mountain and Hickory Run Boulder Field at Hickory Run State Park. 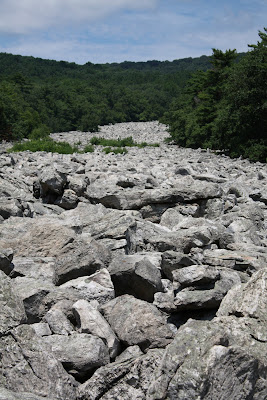 Blue Rocks was formed during the late Pleistocene, when glaciers approached to within approximately 35 miles of Blue Mountain. Freeze-thaw cycles broke off blocks of Tuscarora quartzite. The blocks—up to twenty feet in size—did not tumble downhill in a rockslide or rockfall, but flowed downhill on a layer of mud above the permafrost, resulting in not a jumbled pile of rocks but instead a relatively orderly line extending for approximately a mile downhill.

The blockfield looks like a river of rock because, in a sense, it is; over time, running water has carried away the mud that made this feature possible. (Other portions of the original flow are covered in soil; parts of the forest adjacent to Blue Rocks overlie buried boulders.) But since this is a geologically young feature, there has been little erosion of the quartzite itself, which remains highly textured. 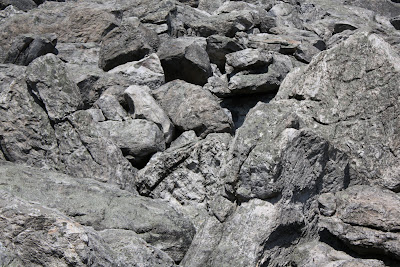 Owing to the scarcity of soil, most of the plants here are lichens and mosses. But a few hardy pioneers like woodsorrel and raspberries are able to get a tenuous foothold in between some of the boulders, especially at the edges of the blockfield. 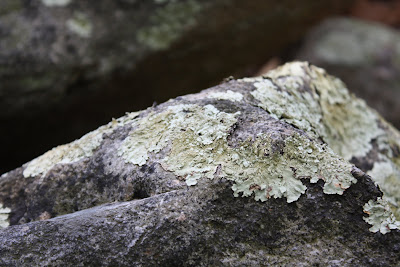 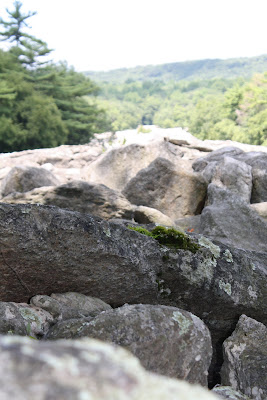 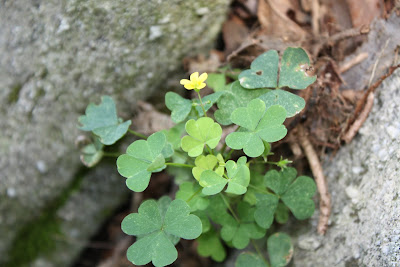 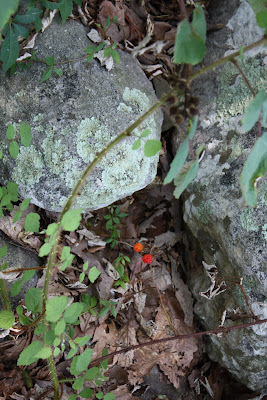 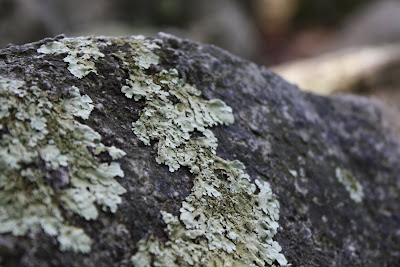