An excerpt from an article I wrote several years ago:

Although I haven't fished for years [that part is outdated], I did a lot growing up, mostly with my grandfather, and always in the company of ospreys. They are everywhere in the Chesapeake Bay country; on the bay's dozens of tributary creeks and rivers, a nest is almost always in sight. But I associate ospreys especially with the Pocomoke River on Maryland's Eastern Shore, where as a 5-year-old I caught my first fish, a middling-sized yellow perch.

The Pocomoke is a tidal river, its flow reversing daily with the pull of the moon. Its banks are forested with oak, sweetgum, and poplar, and when the trees shed and the leaves fall in, they stay in, drifting downstream and then back upstream—millions of leaves slowly decaying, staining the river a deep tannic brown, like an enormous cup of strong tea. The whole system is incredibly fertile, organic—sensuous—and the river teems with fish. Naturally, the river's bounty draws ospreys to soar overhead, occasionally pausing to hover on rapidly beating wings until they fold and plummet into the tea with outstretched talons.

Like the Nanticoke Indians who fished the river with us, and long before us, Pappy and I saw the fish hawks not as competitors but as teachers. Their example inspired, and hopefully elevated, our fishing; they made us truly appreciate each fish we landed, not just for its size but for its being. The ospreys are the undisputed masters of the river, and anyway they were there first, long before even the Nanticokes.

—from "The Presence of Greatness"


I was fortunate to grow up where I did; the Chesapeake Bay area was a refugium for ospreys in the 1960s and '70s, maintaining decent numbers even when populations elsewhere were crashing due to the effects of DDT and other organochlorine pesticides. Their numbers are even higher now, and they are easy to observe due to their fairly confiding habits. Not many raptors will nest in the open, just yards from human activity, but for years there was (there may still be) a pair of ospreys nesting on pilings immediately adjacent to a river ferry on the Eastern Shore—not tall pilings, either, but approximately eye-level to a car driving onto the ferry.

(Imagine my joy when Major League Lacrosse started up eight years ago with the Baltimore Bayhawks as one of its founding teams: My favorite sport, with my hometown team named after one of my favorite birds. Alas, as George Harrison noted, all things must pass... The Bayhawks are in Washington now, but I'm still a fan.)

Here in Nebraska, osprey sightings are more noteworthy. I usually see just one or two each spring and fall; the one I remember best was a few Septembers ago at Karl Linderholm's house. We were loading his Harris' hawk into the truck for an early-season hunt when an osprey flew low overhead carrying a fish in its talons: "packing a lunch", as the saying goes at hawkwatches.

The current issue of NEBRASKAland magazine features an osprey article by Bob Grier, which includes preliminary notes on a nest near Scottsbluff. The only fault with the online version is that the photos are rather small; the shot of the bird carrying the rainbow trout looks much more impressive on the magazine's cover.

Posted by Mark Churchill at 4:12 PM No comments: [For any new visitors, previous pictures can be found here and here.]

Posted by Mark Churchill at 12:36 PM No comments:

Going through old papers, I came across an envelope given to me several years ago for the lovely Swedish stamps: Closeup of the gyrfalcon (Jaktfalk): Closeup of the osprey (Fiskgjuse): The third stamp (which I didn't scan in isolation) is of Karlbergs Slott or Karlberg Palace, now a park and military academy. If anyone can point out a falconry connection, I'd be grateful.

Posted by Mark Churchill at 12:27 PM No comments:

It is really laughable to see what different ideas are prominent in various naturalists' minds, when they speak of "species". It all comes, I believe, from trying to define the undefinable.


The June issue of Scientific American (yes, I'm behind on my reading) features an article on taxonomy entitled "What Is A Species?" It discusses various classification schemes, from the original (creationist) Linnean system to Ernst Mayr's biological species concept (based on reproductive compatibility or incompatibility) to the phylogenetic species concept (based on ancestry), and it opens with an enduring example of taxonomic controversy: classifying North America's wolves.

Most wolves in North America belong to a single species, the grey wolf or Canis lupus. (This is the same wolf found in Eurasia, the "big bad wolf" of folk stories.) Several subspecies exist, including the white wolf of the Arctic regions (C. l. arctos) and the small "lobo" or Mexican wolf found in the montane and desert Southwest (C. l. baileyi). In between are other populations, currently recognized as subspecies occidentalis (Northwestern wolf) and nubilis (the Great Plains wolf, a.k.a. buffalo wolf or timber wolf). The latter can be quite variable in appearance, but usually grey or black: the "standard issue" wolves of southern Canada, Yellowstone, and the North Woods of Minnesota, Wisconsin, and Michigan's Upper Peninsula. That's about as far as the consensus goes, however. 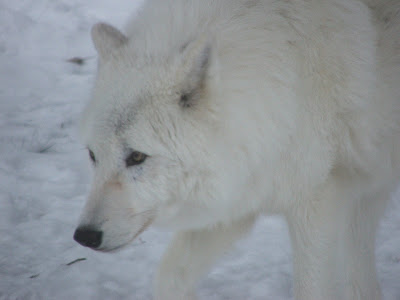 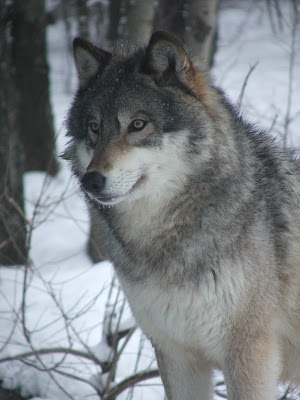 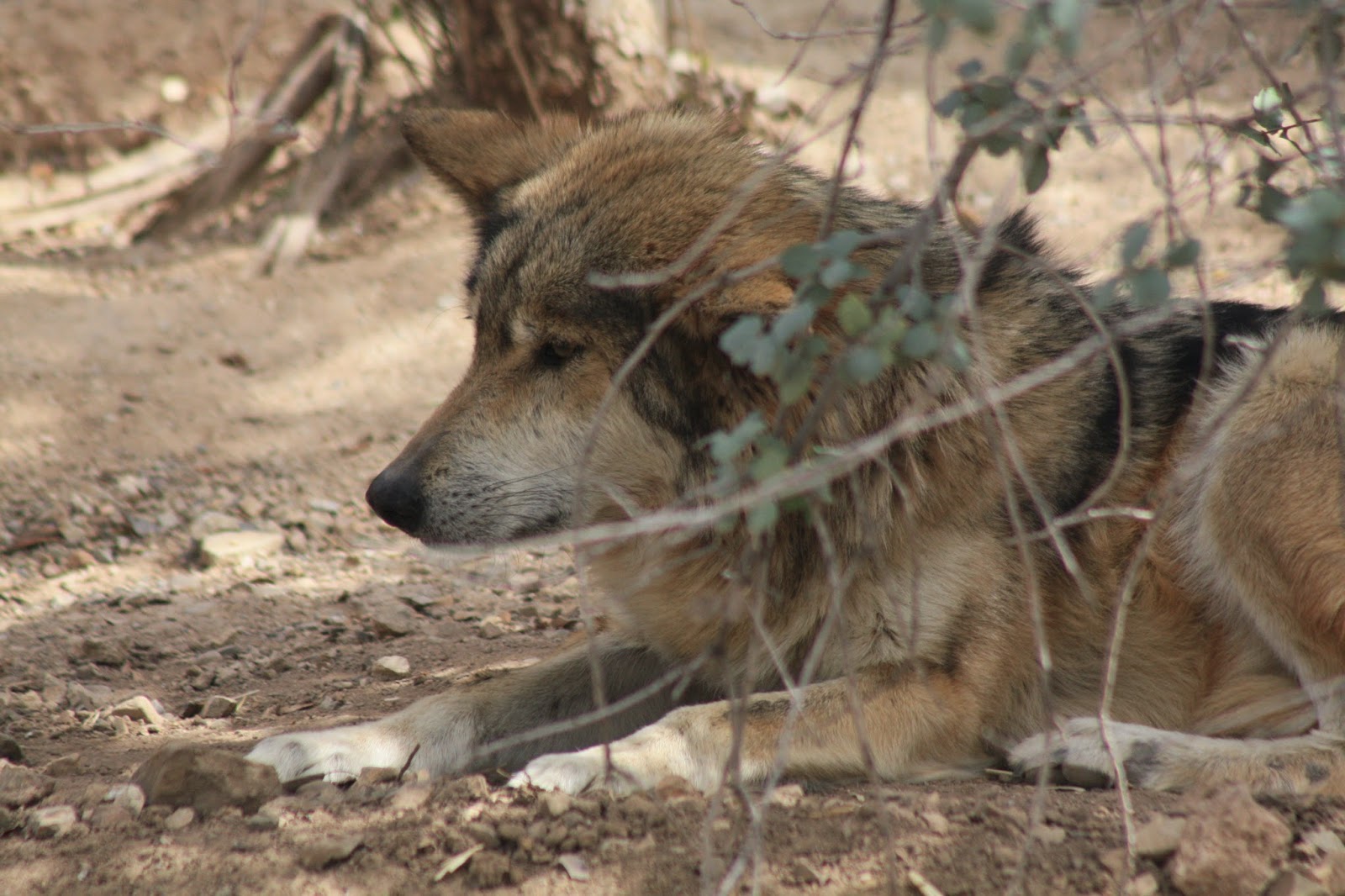 Formerly resident throughout the Southeast, and now restricted to the area around Alligator NWR in northeastern North Carolina, the red wolf (Canis rufus) has been a taxonomic puzzle for some time. Some researchers question the validity of the species, thinking it may have originated as a hybrid of the grey wolf (C. lupus) and the "brush wolf" or coyote (C. latrans). Others point to the fact that the red wolf's geographic range was mostly separate from that of coyotes (until recently a strictly western species) and grey wolves (typically a northern species, although this should be considered more of a guideline than a rule).

Bigger questions arise when we consider the eastern timber wolf, the first to be encountered by Europeans in America. Some early naturalists believed it was not conspecific with the Old World wolf, Canis lupus, and so named it C. lycaon. Eventually, the eastern timber wolf was reclassified or "demoted" as a subspecies of the grey wolf, C. lupus lycaon. More recently, Canadian researchers have suggested that C. lycaon is in fact a valid species, and have offered the common name Algonquin wolf (after the population's epicenter in Algonquin Provincial Park). They have also suggested that the red wolf, C. rufus, might represent an isolated southern population of the Algonquin wolf. Skeptics think the Algonquin wolf, like the red wolf, might be a coyote-grey wolf hybrid, as coyotes have definitely made incursions into the Northeast.

Confused yet? This is supposed to be easy: The wolf, a large, reasonably well-known mammal close to home. Imagine taxonomy on, for example, rarely-seen look-alike birds or bats or lizards or fish or insects in remote tropical areas, or worse yet disjunct populations on tropical islands. (That line is for you, Andy; I know you've done some work in that line.) But North America's canids are not reproductively isolated, and so Mayr's BSC is of limited utility. Result: No one agrees on what constitutes a valid species. Arguably, we may have...


I personally incline to the four-species model—and then hasten to emphasize that I have no particular qualifications in taxonomy. I've been fortunate enough to have seen and heard many coyotes, howled with grey wolves in Minnesota, and sighted a red wolf during that species' all-too-brief reintroduction to Great Smoky Mountains National Park. But those experiences, valuable as they are to me personally, have no bearing on the question of classification.

I left out another classification scheme: One species. "We like to call it Canis soup," says a researcher in the Scientific American article. Tongue-in-cheek it may be, but I think Darwin—who after all demolished the concept of completely fixed, created species in favor of a messier but more elegant and realistic view of the natural world—would have approved.

Courtesy of WSKG Public Broadcasting in southeastern New York, a nice interview with Tim Gallagher for "Off the Page". Some falconers know him best as the current editor of NAFA's annual Journal, but Tim has also served for years as editor of Living Bird, the Cornell Lab of Ornithology's magazine. He has also written several books, including The Grail Bird, an account of the search for the ivory-billed woodpecker in the Big Woods of eastern Arkansas. This interview centers on his most recent book, Falcon Fever. The audio file is 53 minutes, perhaps a bit long for the casual Web surfer, but Tim is a good story-teller and of course you can always keep surfing while you're listening.

Went with Susie & Ellie to see WALL-E this afternoon, and left the cinema sufficiently impressed to attempt a movie review, a first for Flyover Country.

WALL-E is a trash-pickup-and-compaction robot, apparently the last of his kind, in a sterile post-apocalyptic world. His only companion, naturally enough, is a cockroach. This is a fairly dark setup for a Pixar feature, but WALL-E immediately establishes himself as a sympathetic character. (Yes, "last of his kind", "himself", and "character".) For reasons unknown, WALL-E is selective: Most trash (almost all of it bears the logo of Buy-N-Large, a Wal-Mart style superstore that apparently took over the world's economy altogether) is compacted into cubes, which are in turn stacked into skyscraper-high refuse piles. Certain artifacts of the vanished human culture, however, WALL-E places in an Igloo cooler and takes home (yes, he has a home) for his collection. He watches a VHS of Hello, Dolly! every evening, and has learned to replicate some of the musical's dances. Clearly there is a ghost in this machine, and expressive eyes give "voice" to WALL-E's spirit.

The ennui of endlessly repetitive days is broken when WALL-E finds a plant growing inside an old refrigerator, then again when a giant spaceship drops off a lethal (shoot laser blaster first, ask questions later) yet alluring probe. WALL-E manages to escape destruction, "befriends" the probe EVE, and shows her the Hello, Dolly! video along with other elements of his collection. But just as WALL-E was programmed to clean up trash, EVE obviously has a mission as well, and it's clear she is searching for something. When WALL-E offers her the plant as a "romantic" gesture, the pieces fall into place and the story changes gears: The giant spaceship returns to pick up EVE, the devoted WALL-E stows away, and they blast off to rejoin what is left of humanity aboard a Buy-N-Large starship far, far away.

WALL-E is a social and environmental parable, touching on themes such as rampant consumerism, overdependence on technology, sedentary lifestyles, and the decline of face-to-face communication, yet it doesn't beat you over the head with heavy moralizing. The interactions between WALL-E and EVE, despite the near-absense of dialogue, carry the film with poignance, humor and, yes, robotic romance. This isn't just a kids' movie, but it does work as a kids' movie. Go see it, with or without a kid—and by all means stay for the end credits, especially if you're a fan of Peter Gabriel's music. "Down to Earth", complete with soaring background vocals by the Soweto Gospel Choir, is my new favorite song after one listen.