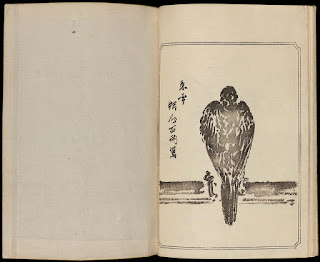 The Museum of Fine Arts in Boston has digitized the Ehon taka kagami, a collection of hawking prints produced in the 1860s by Japanese artist Kawanabe Kyôsai. (Big tip of the hat to Patrick Burns at Terrierman's Daily Dose for bringing this to my attention.) This is a fantastic source of information for any falconer interested in the history and geographic/cultural variation in the sport, and conveys a sense of what a formal, elaborate approach characterized (and to some extent still does) Japanese falconry. Bill Jameson, author of The Hawking of Japan, noted that "in one book of the Meiji period there are illustrated seventy different ways of tying a leash to the screen perch, the method varying with the holiday or occasion, the visiting nobles present, and the species of hawk." The book referenced is almost certainly the Ehon taka kagami. 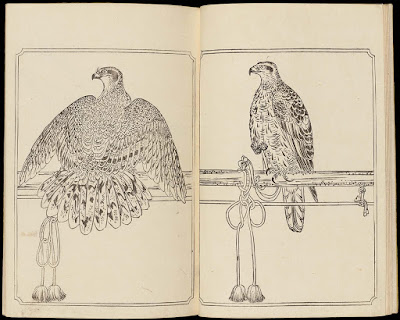 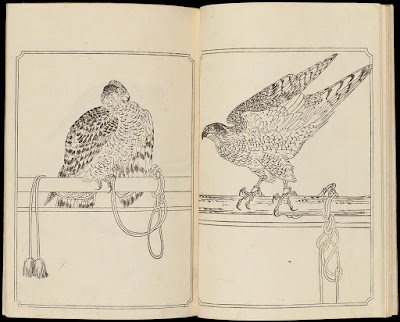 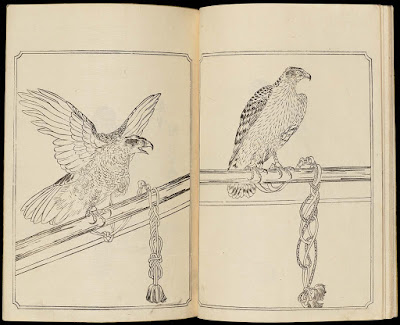 These are not static field-guide-style images; clearly the man had spent some time observing hawks, for the postures are recognizable and authentic. Naturally, the illustrations are of otaka, or northern goshawks, the preeminent birds of Japanese falconry. For centuries, passage goshawks (and occasionally haggards) were imported from mainland Asia, as the mainland subspecies were larger than the native gos, and often paler as well—then as now, white goshawks were status symbols. One of the roles of the daimyo (feudal lords) of the islands of Tsushima was to ensure a steady supply of goshawks from nearby Korea.

Both of the falconers in the picture below are carrying the buchi, a branch of wisteria (occasionally willow or plum) that is frayed on one end and used as a brush to clean the hawk's beak and feet. The end opposite the brush is often sharpened for putting disarranged feathers in order. The buchi has its origins in feudal law—commoners, even those hired as professional falconers by the daimyo, were not supposed to touch hawks—but is still used by some traditionalists who find nervous accipiters more accepting of it than of the human hand. 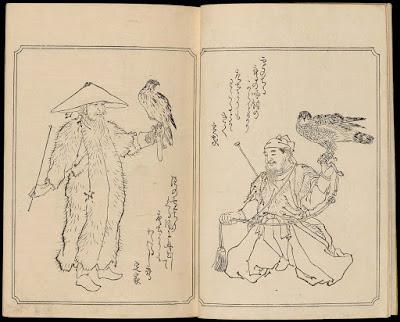 Other equipment depicted includes the relatively light Japanese hawking glove; the ikebukuro or live-lure bag with its bamboo toggles for attaching to the falconer's belt; the ôo or silken leash; and of course the hoko or screen perch. 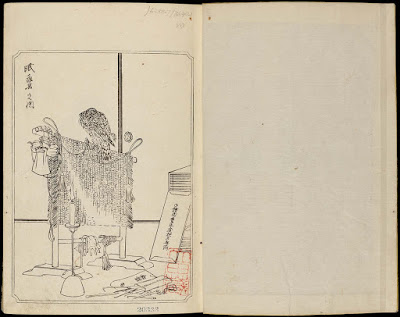 Scenes from the field make an appearance as well, including the use of a live lure to recover a hawk as well as flights at quarry. Several of the illustrations include dogs, reflecting the longstanding alliance between dogs and hawks in Japan, although the Japanese hunting breeds such as the shiba-inu are far less specialized than those originating in the West (pointers, spaniels, retrievers, etc.). 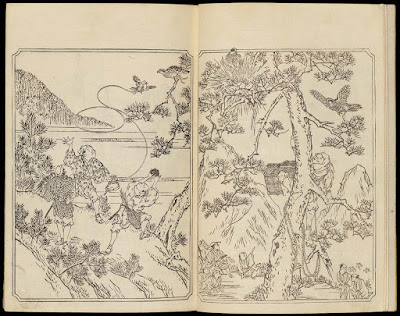 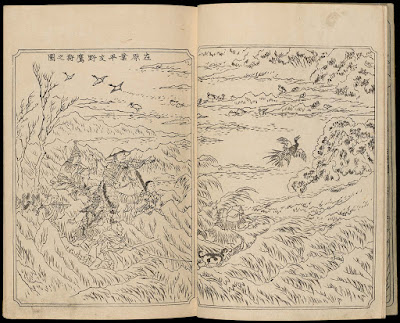 Another scene from the field: the falconer, with buchi stuck into his belt and kuchiekago or wicker food-basket slung against his hip, feeds his hawk—not on the fist as in the West, but from the right hand, possibly using an egôshi or tidbit-box—while a companion waits patiently with several head of game tied to a stick, and the dog sniffs the ground for scraps. 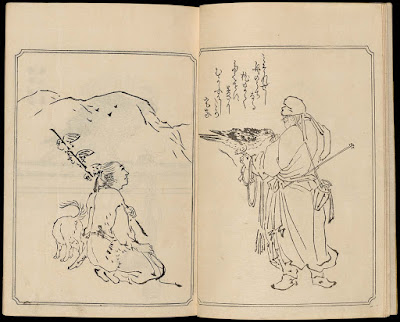 Posted by Mark Farrell-Churchill at 11:53 PM No comments:

Photos with fish in them by yours truly; the rest are Jessa's. 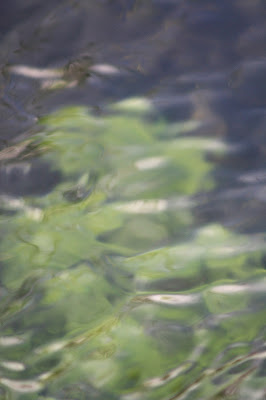 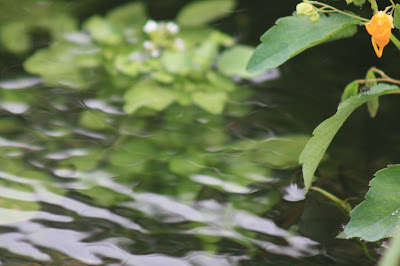 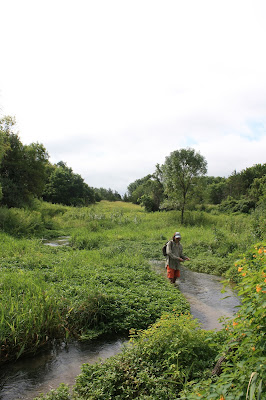 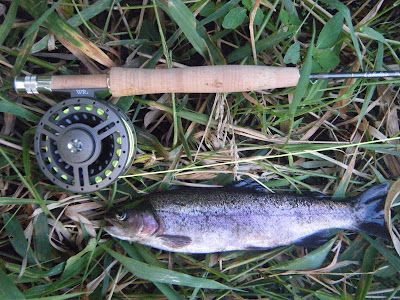 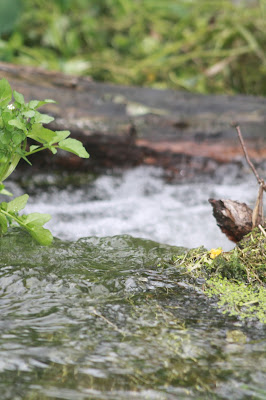 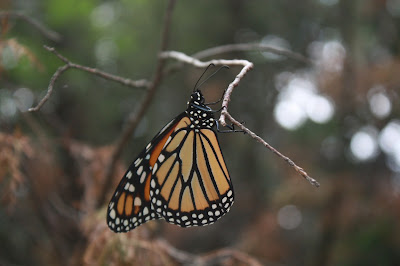 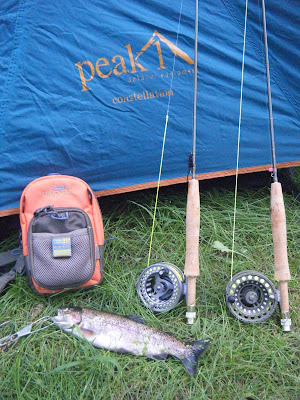 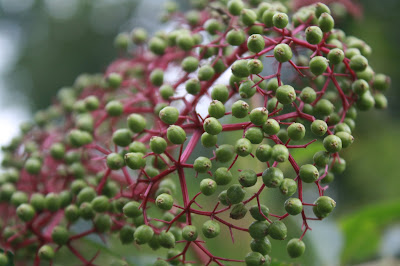 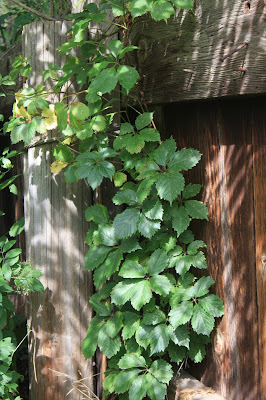 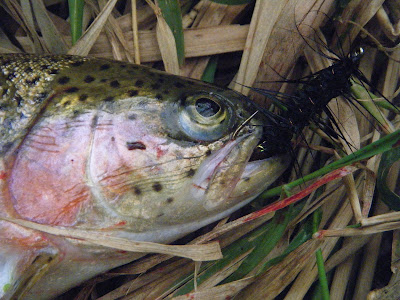 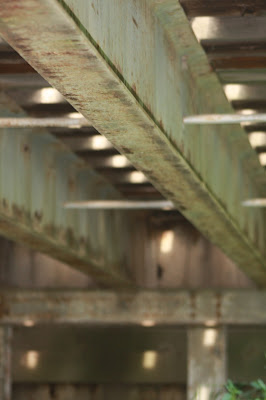 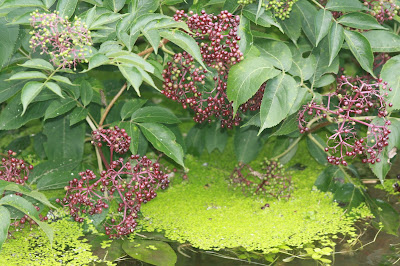 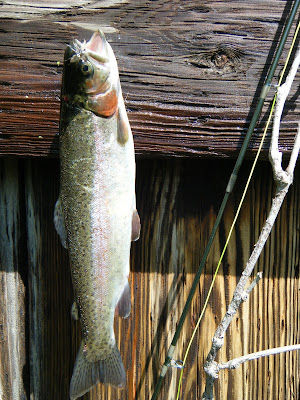 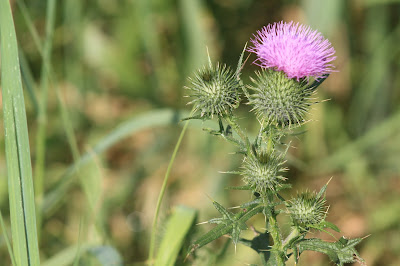 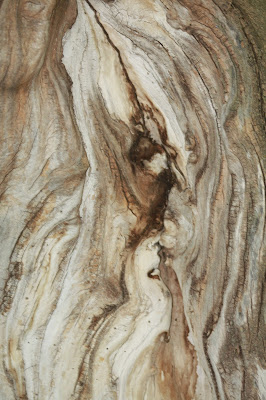 Posted by Mark Farrell-Churchill at 8:19 PM No comments: