I don't like the flu. I don't want the flu, and I don't like it when my friends get the flu.

But if my friends must get the flu, let them at least be skilled photographers whose backyards are visited by Cooper's hawks when they're home from work. These photos courtesy of Pat Stull. 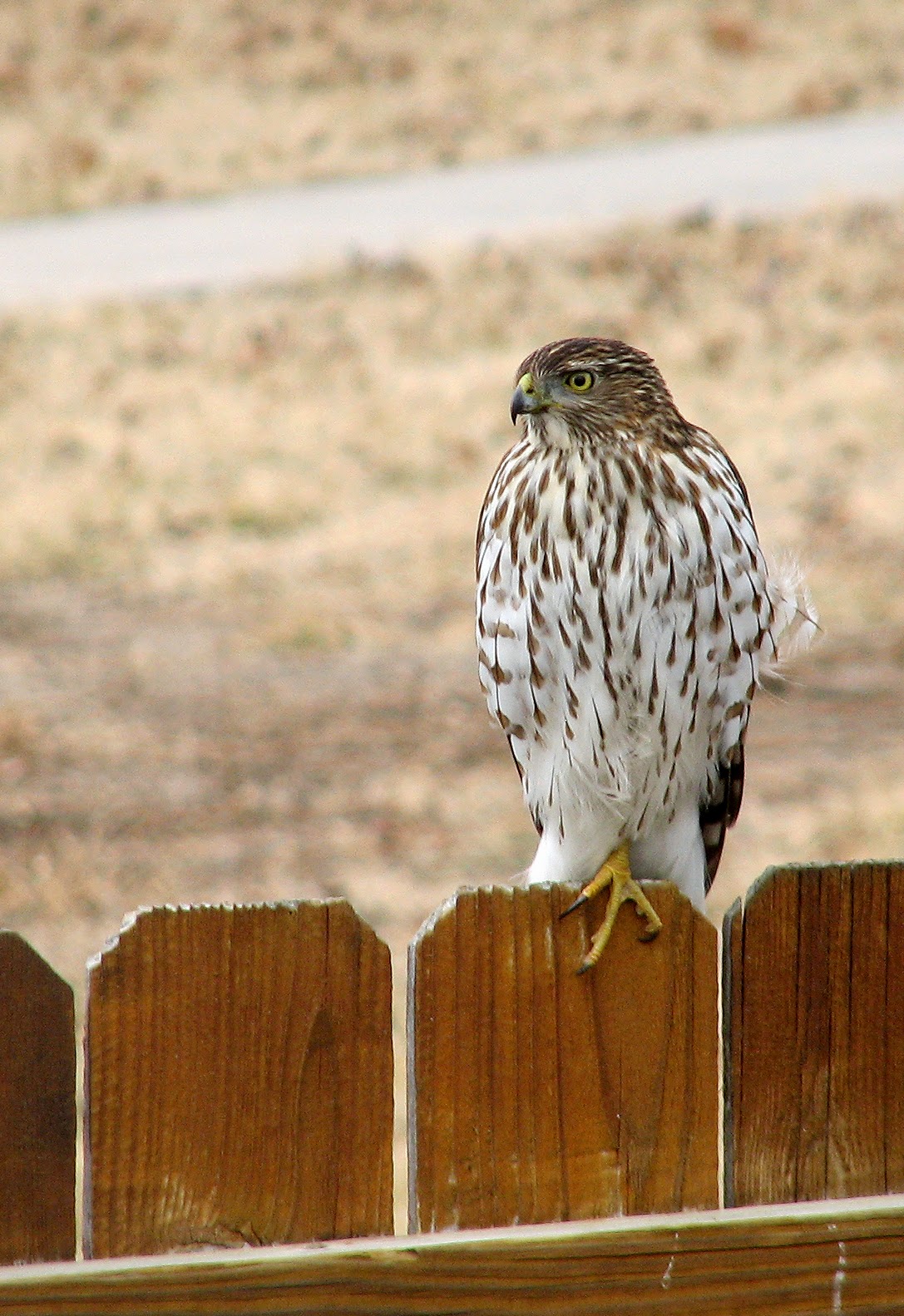 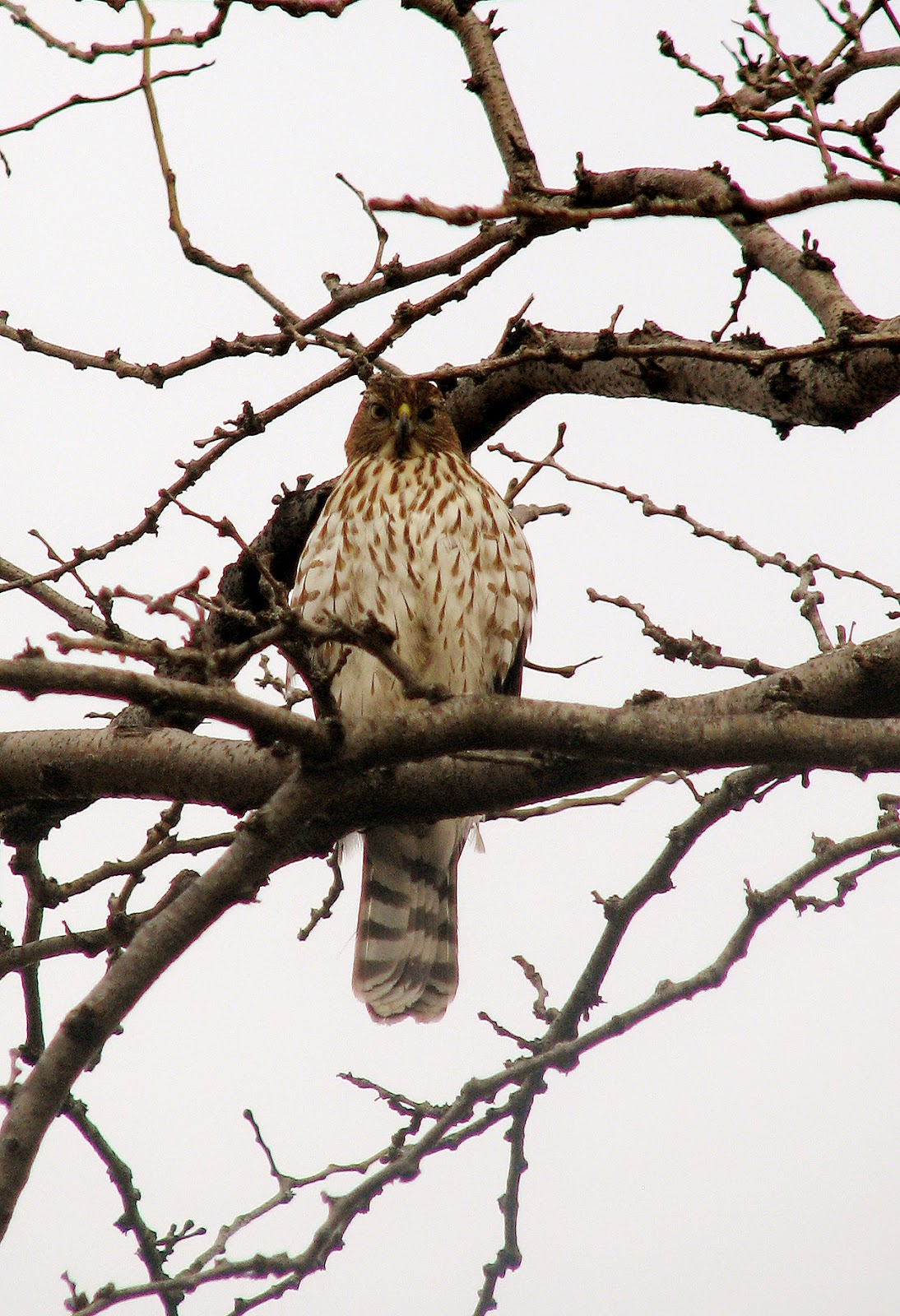 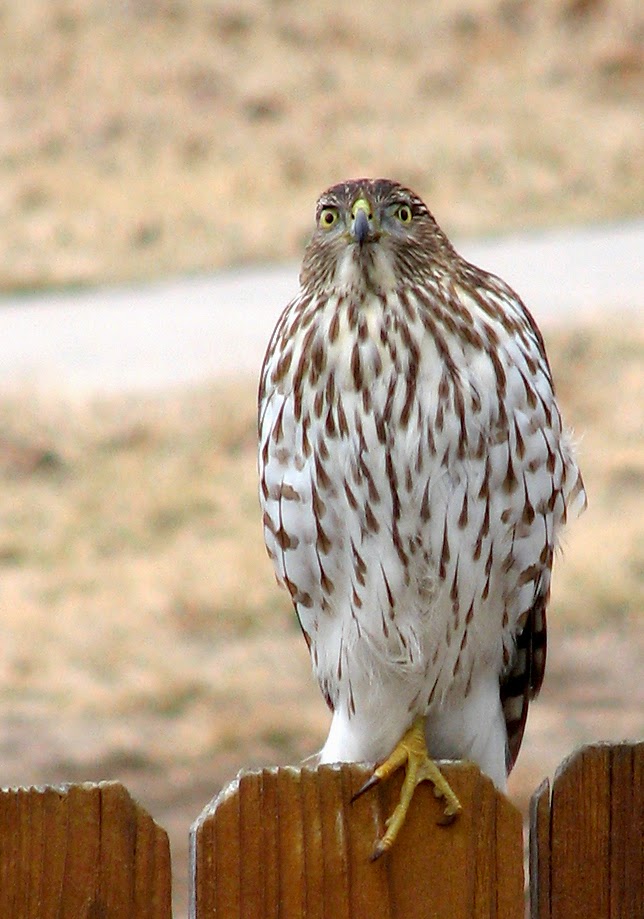 Thanks for sharing, Pat. Some of the best raptor images ever captured by an ailing man in his pyjamas. 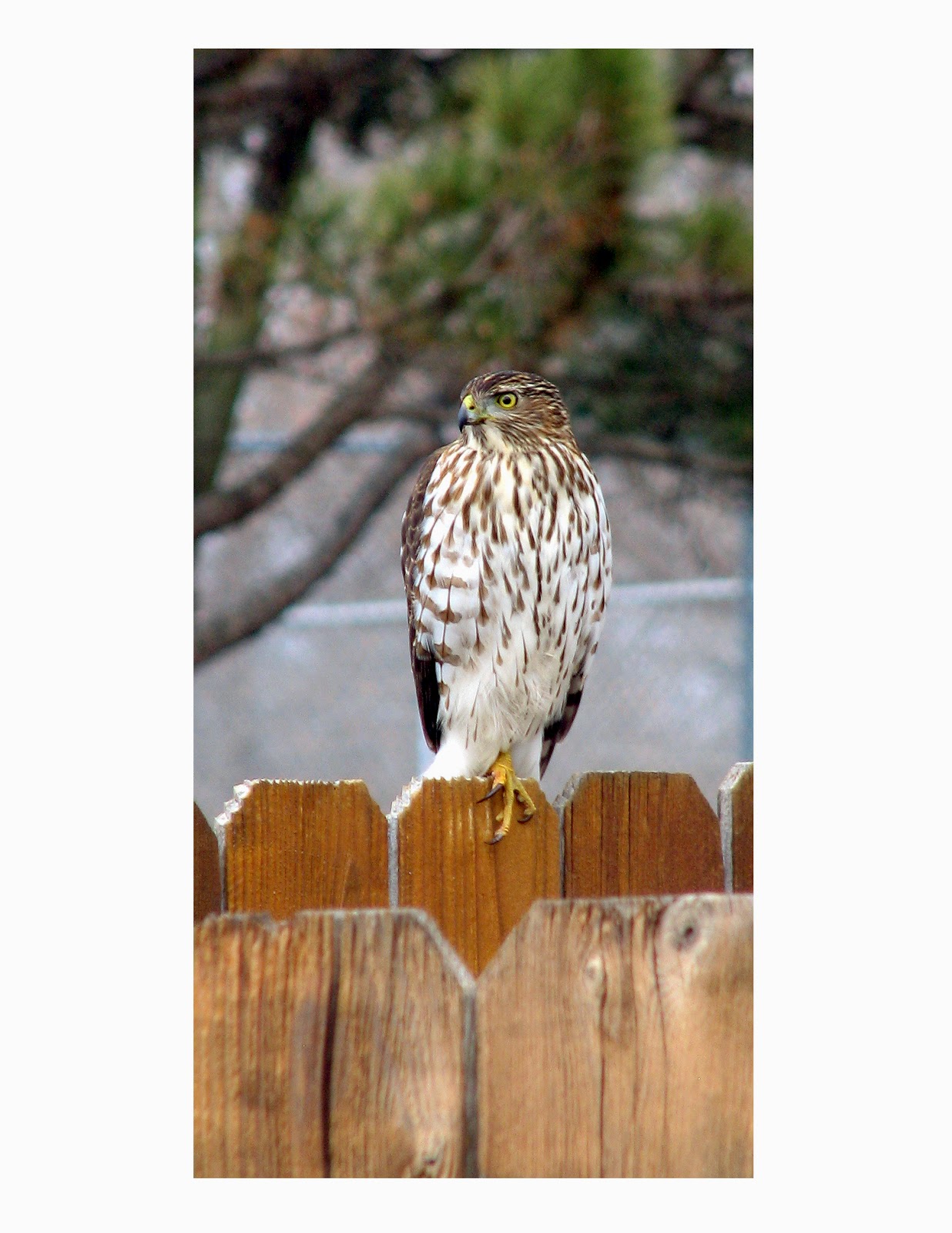 Posted by Mark Farrell-Churchill at 10:24 AM No comments:

Use only as directed 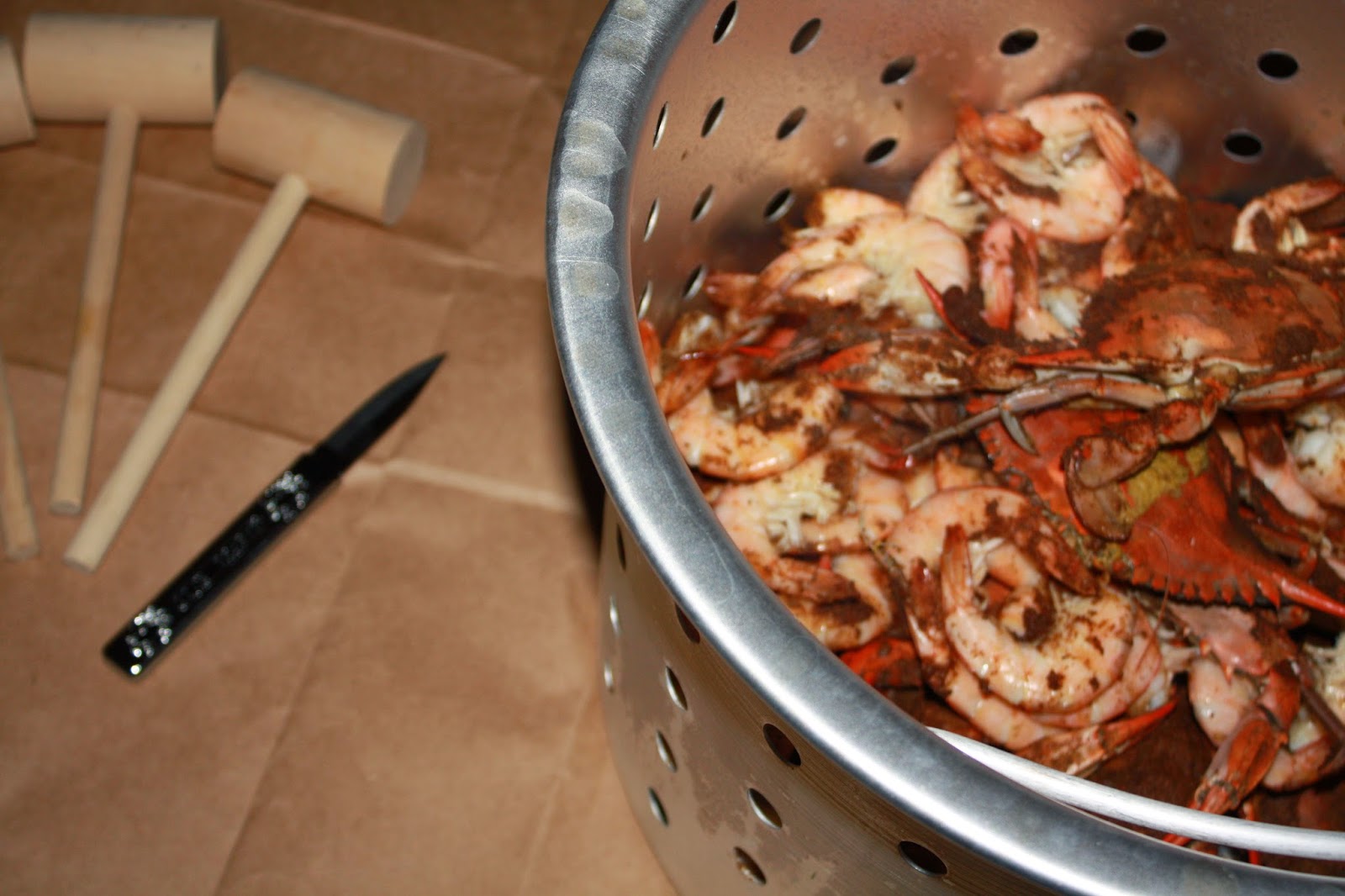 Some of the instructions and warnings on the Bayou Classic boiler/steampot that Jessa got me for Yule:
I can see the logic behind each and every one of these admonitions, but let's be honest: Everyone knows the crabs, crawfish, shrimp, etc. will be cooked under the carport with a passel of kids and dogs running underfoot. The cook will be wearing shorts, T-shirt, and flip-flops—well, shorts, anyway—and drinking beer. That's just how it's done. That's arguably how it should be done.

"The first thing we do, let's kill all the lawyers." 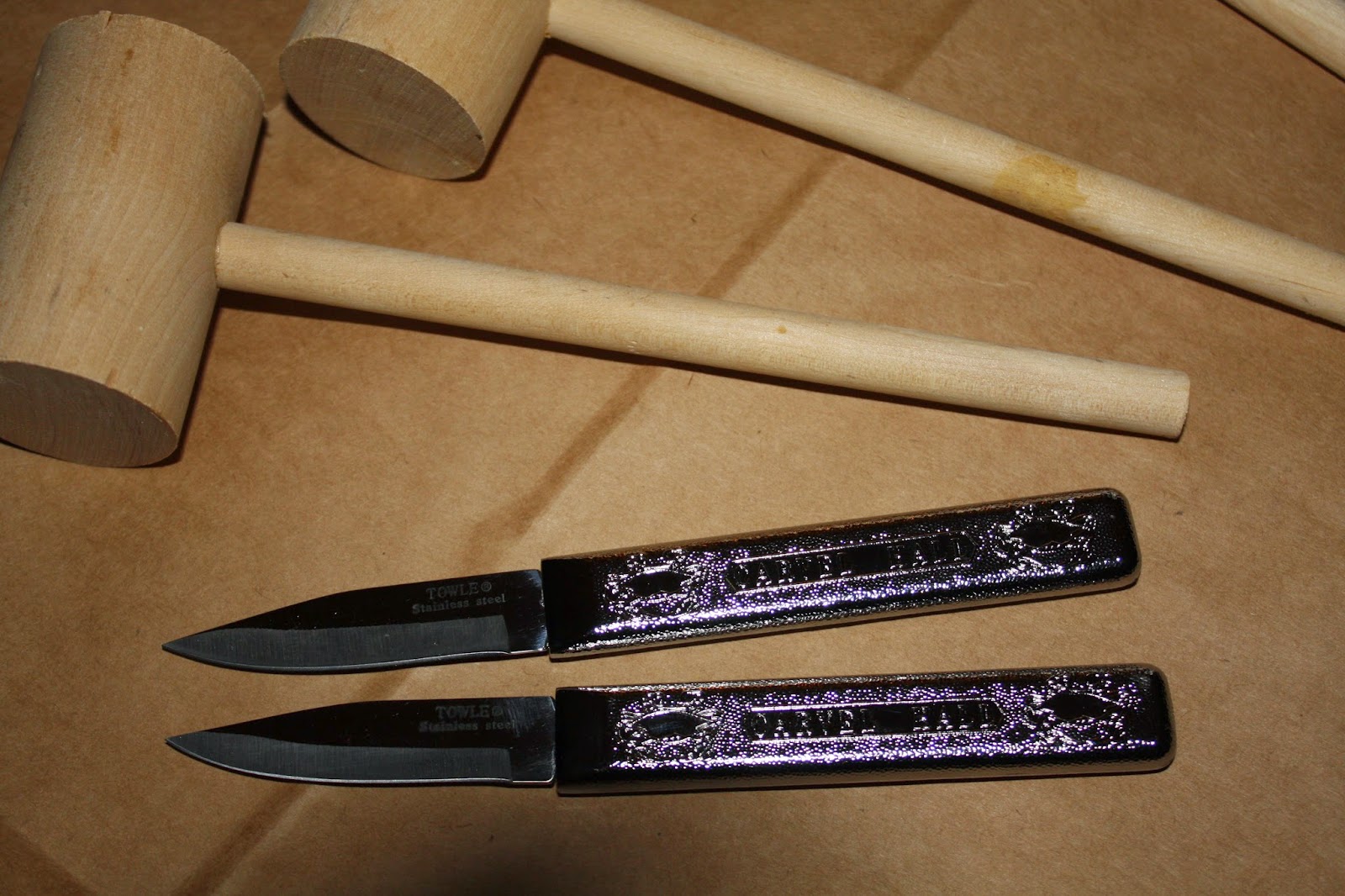 Posted by Mark Farrell-Churchill at 11:28 PM No comments:

Hmm, maybe we should have waited a week...

We did have a contingency plan in place for inclement weather, but didn't exercise that option, and in the end the weather dominated the latest Nebraska Falconers' Association field meet, held this past weekend in Kearney and neighboring Elm Creek. A mix of mist, drizzle, rain, sleet, and snow kept things varied, but uniformly damp, on Saturday. We actually found good numbers of cottontails, but had little success catching them with wet hawks. Of the five redtails and one goshawk flown, only one redtail—Oliver, a passage tiercel flown by first-year apprentice Adam Jones—caught a rabbit, and that was after a hunt of less than two minutes.

Adam let Oliver take his time feeding on the kill, so the rest of us took a break and snacked on homemade spring rolls, brought by associate member Don Nguyen. After flying a few more hawks—and visiting with Bob Noble, down from Long Pine for his first meet in several years—we dined at Luke & Jake's Bar-B-Q in Kearney, then retired to the meet hotel, where guest presenter Kirk Hohenberger screened Raptors At Risk and gave a brief talk on raptor electrocution and power pole safety.

Some members left on Saturday evening, despite the worsening weather, and that proved to be a good decision. Those who left late Saturday night or on Sunday morning faced a harrowing drive home, thanks to icy roads and white-out conditions which prompted numerous road closures across the state. For the few of us who remained, with winds steady at 30 mph and gusting even higher, hawking was of course out of the question, but we did gather in Greg Mikkelsen's room to watch hawking videos shot by Kirk in his home state of Montana and on holiday in Scotland.

I'll leave you with a few photos I took on Saturday, despite the wet conditions. 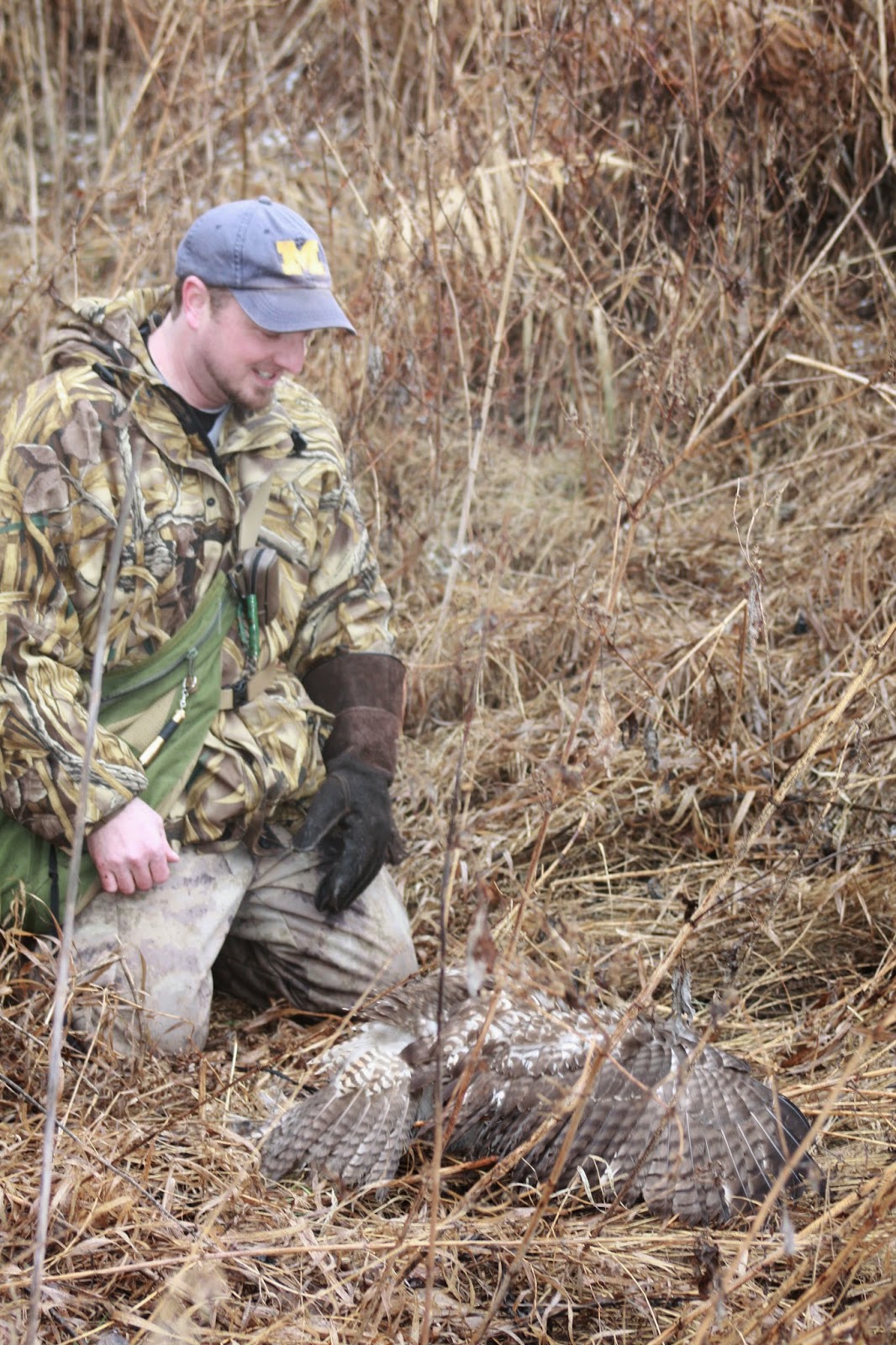 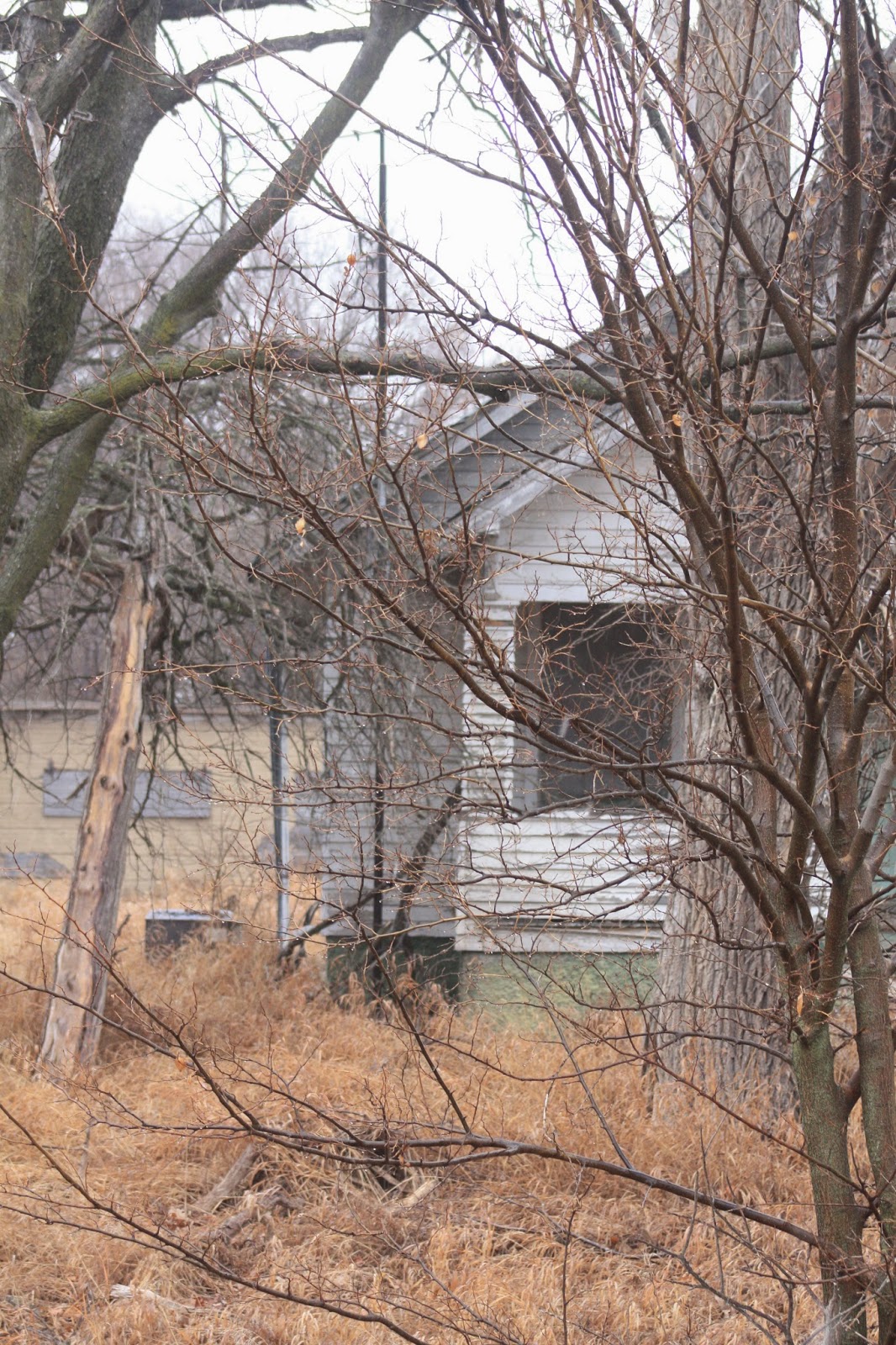 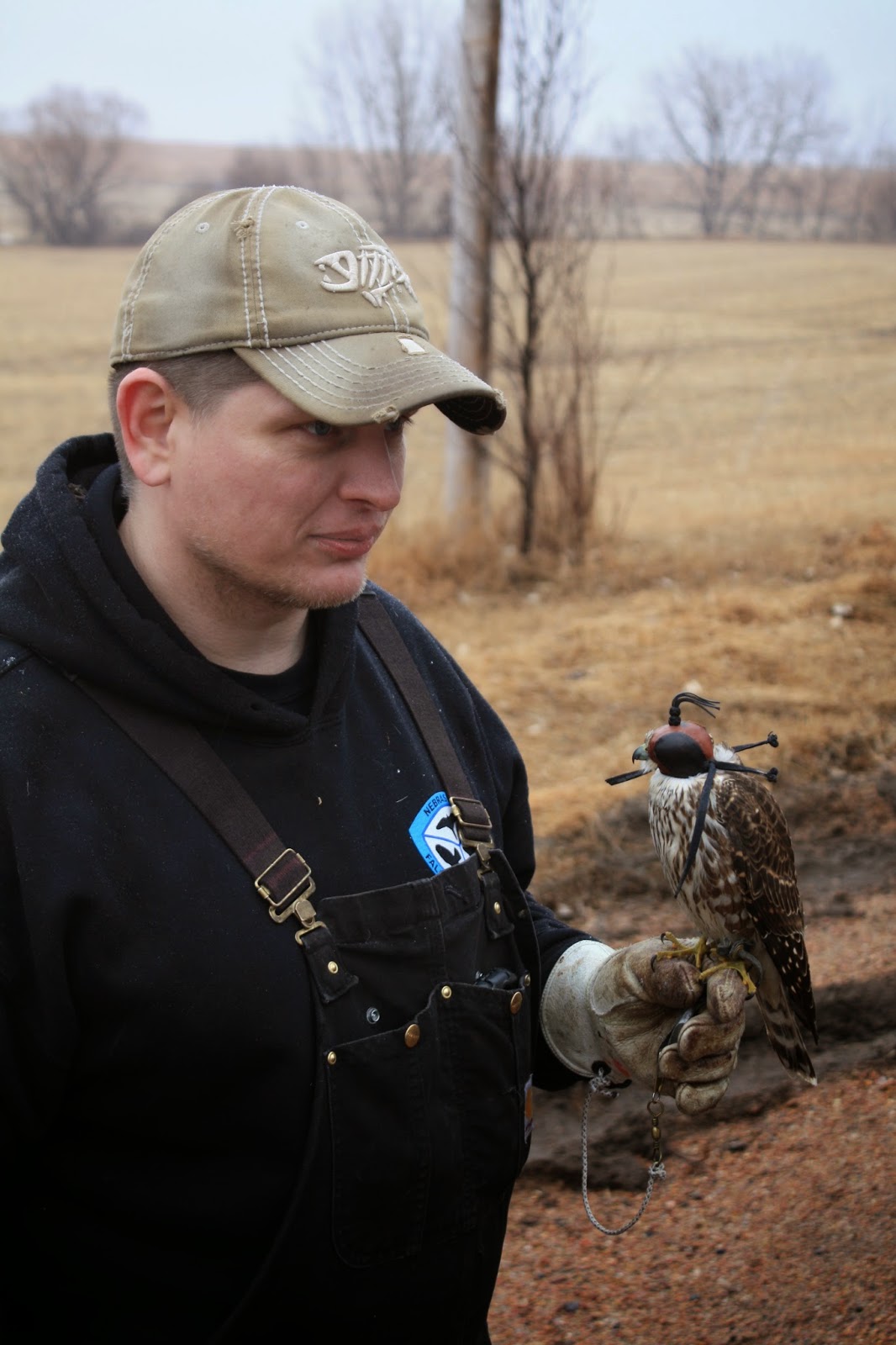 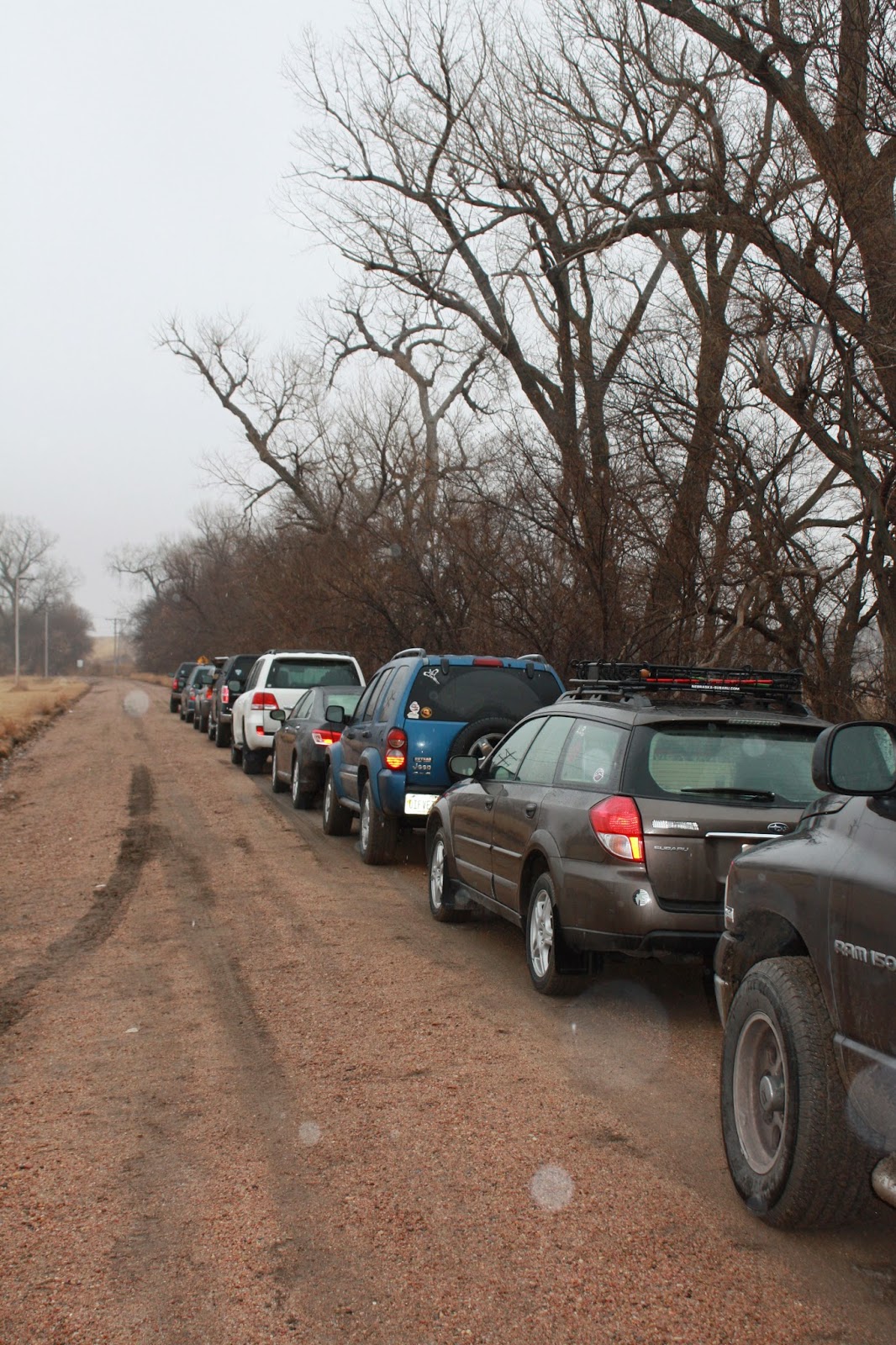 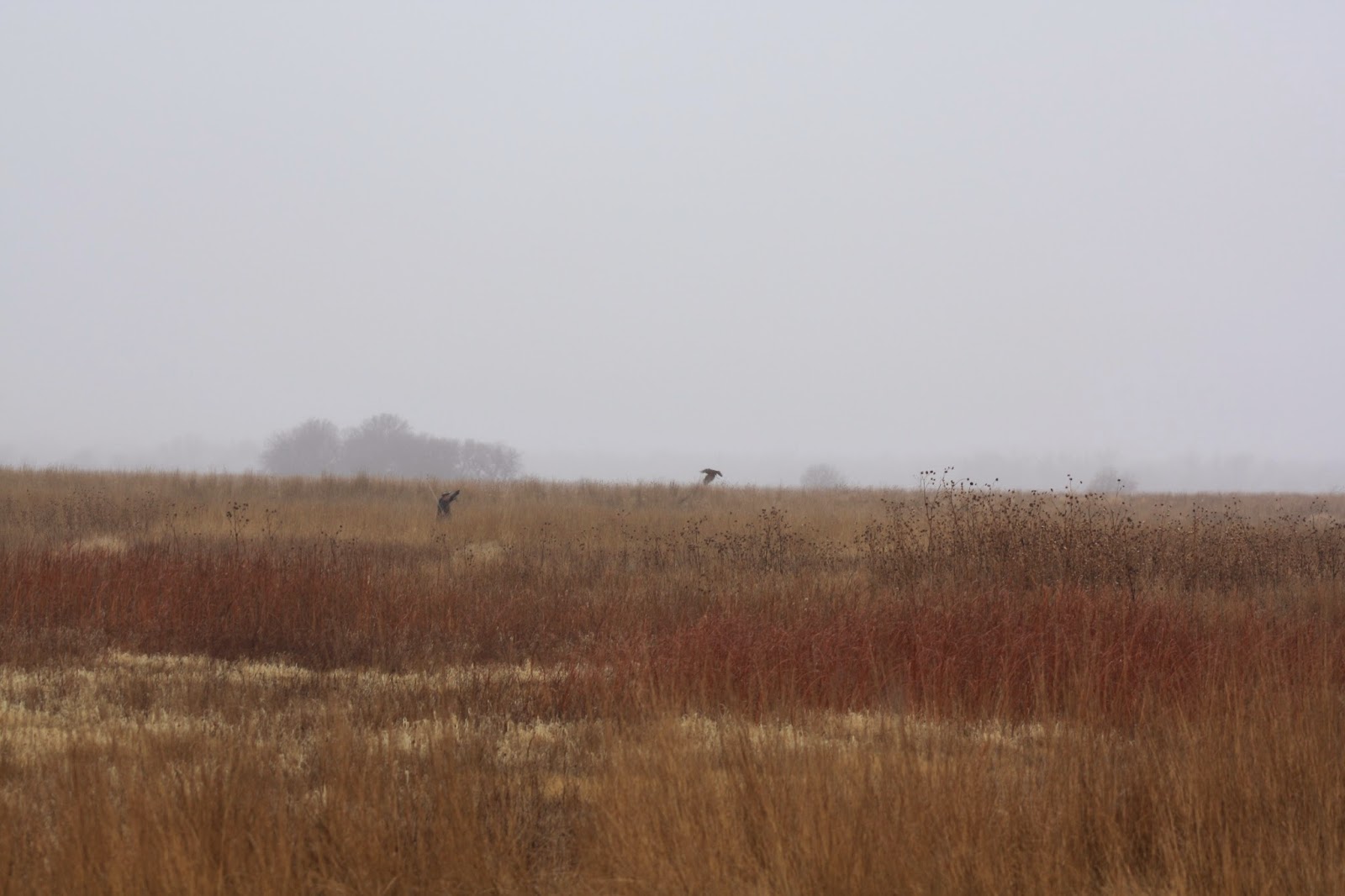 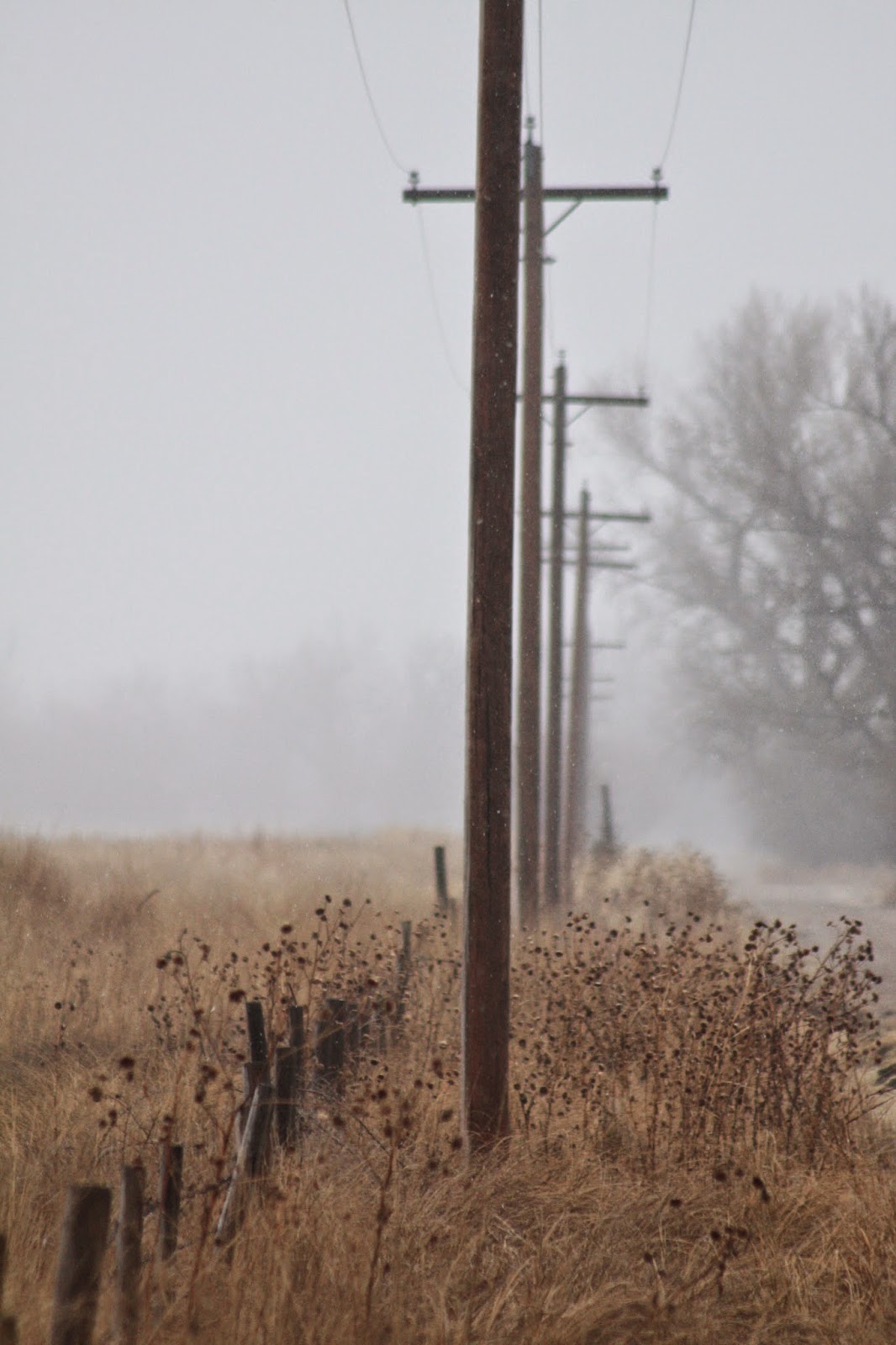 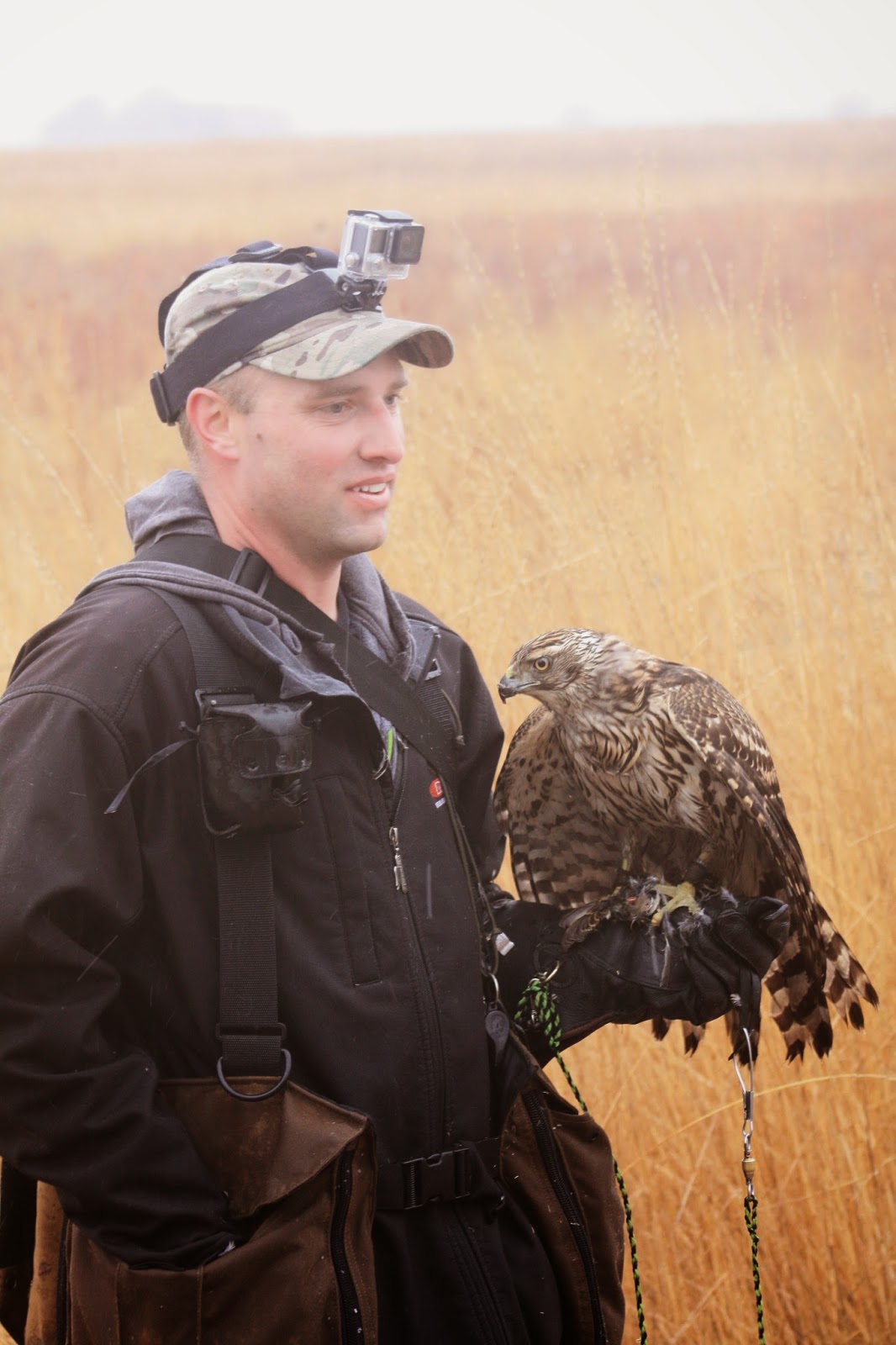 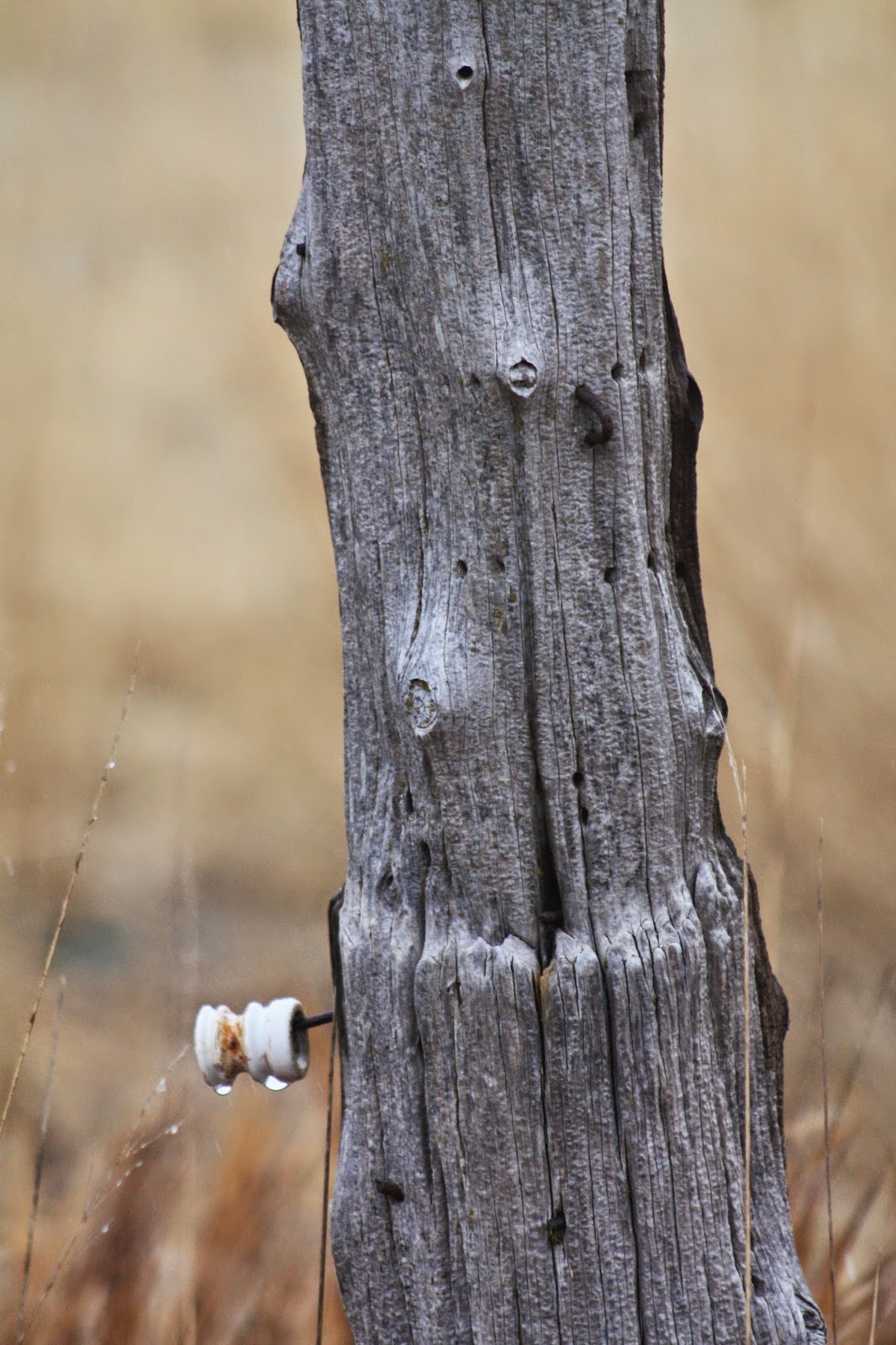 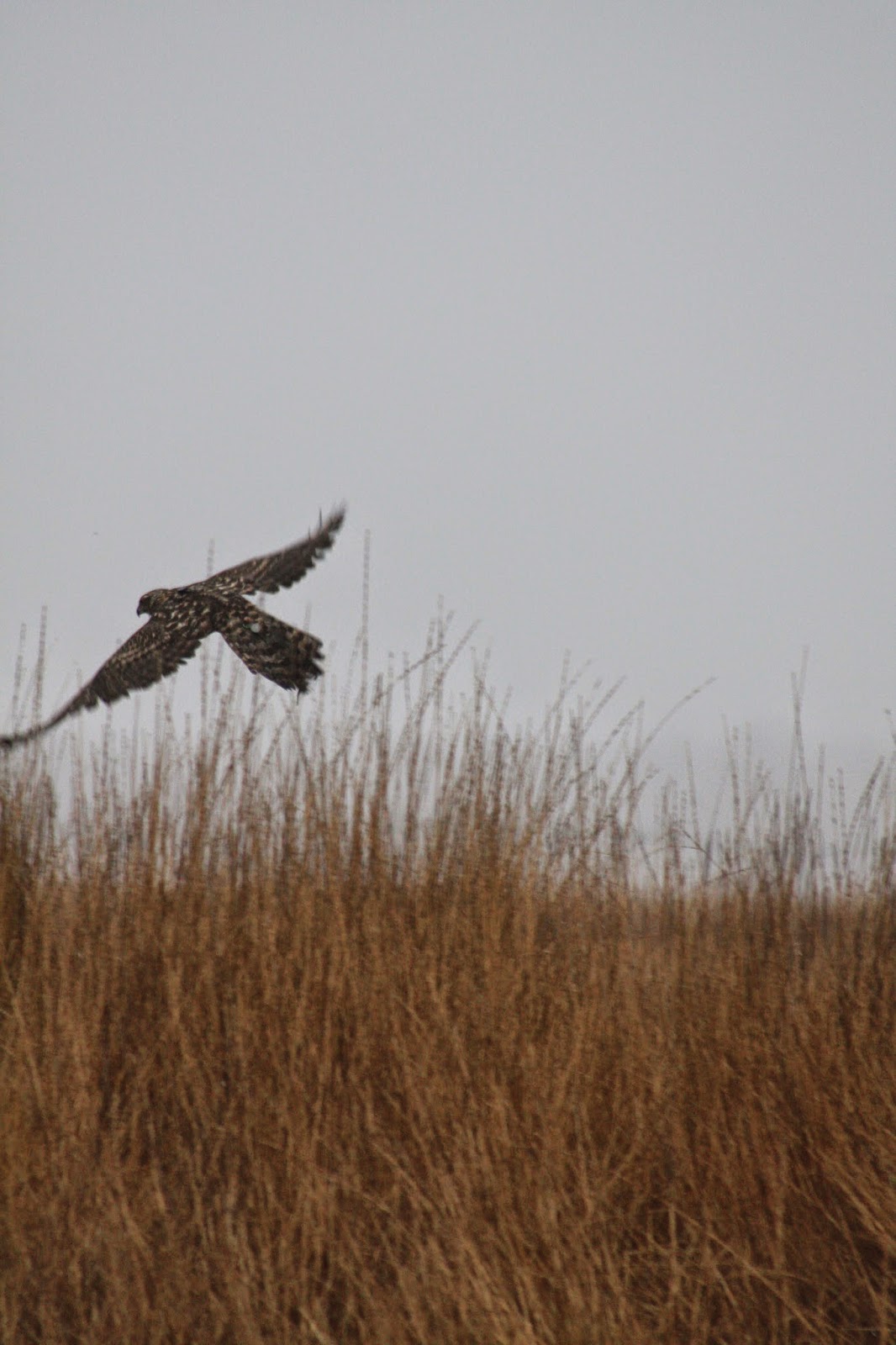 Posted by Mark Farrell-Churchill at 9:23 AM No comments: