Finding Jesus, ever so briefly

I never thought I'd spend much (any) time on video games, but my brother Greg got me hooked on the Nintendo Wii back in November, and we bought one soon thereafter. Blazing Angels is my favourite game (where else will I get to fly a Spitfire?) but we also play quite a bit of Mario Kart.


Anyway, racing on Wi-Fi the other night, Susan and I found ourselves in a lineup with a familiar-looking bearded Mii named Jesus. (Online identities are usually genuine, right?) It's not often we get to go head-to-head with a big celebrity like that, so we were pretty enthused. Unfortunately, our connection was interrupted just as the race got underway, so we can't answer the question posed by all those bumper stickers:

What would Jesus drive?

(Until we find him again, my money's on the Sugarscoot.)

Kodachrome: End of an era

As most of you have probably heard by now, Eastman Kodak has discontinued production of Kodachrome film. Although my childhood snapshots employed Kodak film (I can still remember the yellow labels on the 110 cartridges), I'm not sure I ever used Kodachrome—and now, like almost everyone else, I shoot digital. But according to this Associated Press article, approximately 70% of Kodak's revenue is now from digital photography. Apparently they could also read the writing on the wall...

Posted by Mark Churchill at 2:11 PM No comments:

Burning down the house: Fire at the Georgia Theatre

A rude awakening: CNN showed video of a fire that started early this morning at the Georgia Theatre, one of Athens' premier music venues. Word is that the interior was gutted and the roof destroyed, leaving only the exterior walls intact. (Fortunately the place was empty and no one was hurt.) Current owner Wilmot Greene says he intends to rebuild if his insurance coverage is sufficient, but right now things don't look good for the Athens landmark.

[Smoke pours from the Theatre]


The first concert I attended after moving to Athens in 1991 was a showcase of local bands at the Georgia Theatre. Over the next eight years, I saw many shows there, my favorite being the Cowboy Junkies (one of several Junkies concerts I've attended) in support of their album Pale Sun Crescent Moon. There was a lot to like about the Theatre, from its architecture (solid oak doors, Art Deco façade, pressed-tin ceiling, comfortable old movie-theater seating) to the variety of music that could be heard there (rock, blues, country, bluegrass, reggae, funk, hip-hop, etc.).


One could easily spend all day watching YouTube videos shot at the Theatre, but this one by Sleepy Horses captures both the arpeggiated "Athens sound" and some of the sadness I'm feeling this morning. Best of luck to Mr. Greene, his staff, and the city of Athens—long live the Georgia Theatre!

Posted by Mark Churchill at 11:38 AM No comments:

Susan took some snapshots at my lacrosse game yesterday. Cropped and reduced to 256-color format, I think they look pretty artistic. (Click for bigger.) 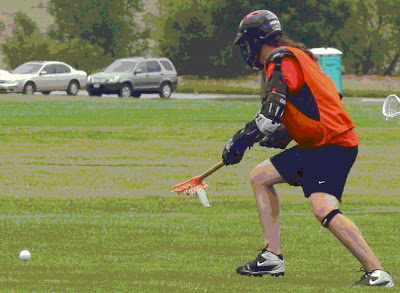 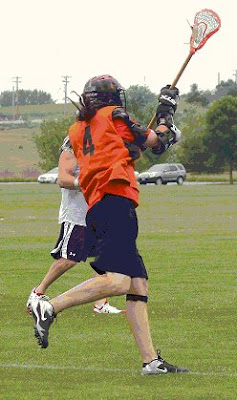 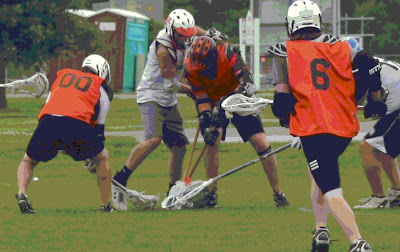 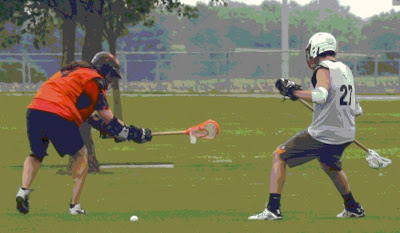 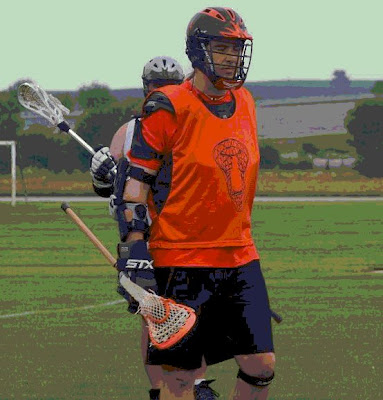 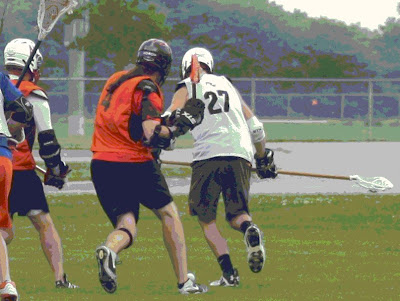 These are from our game against Omaha. I won't share the score; let's just say we took a severe beating, and leave it at that. We fared somewhat better against Boulevard, but we're now 0-4 in the GPLL. I'm happy to to report that we're still undefeated in our appreciation of the game.
Posted by Mark Churchill at 7:35 PM No comments: