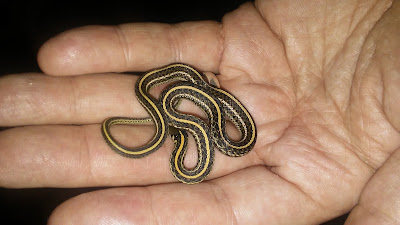 This tiny plains garter snake showed up in our basement kitchen a couple of days before Christmas. Ellie named him Steve—after Steve Irwin, I assumed, but no; apparently, "he just looks like a Steve."

We kept him in a terrarium, safe from the cat, for a day or two and then, on a warm afternoon, slipped him into the brushpile of Christmas trees past where we have seen so many other garters.

Posted by Mark Farrell-Churchill at 8:45 PM No comments:

A decidedly belated post—we were there in October... 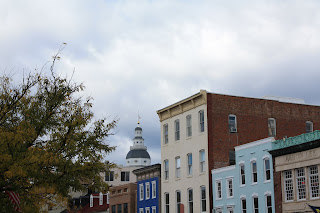 A few snapshots from Maryland's capital city. Photos by Jessa and myself.

The most prominent building in Annapolis is the Maryland State House. (Please don't call it the "capitol building"; we don't, though it serves that purpose.) The dome, which features on the Maryland twenty-five cent piece issued in 2000, was built of cypress wood—and without nails. 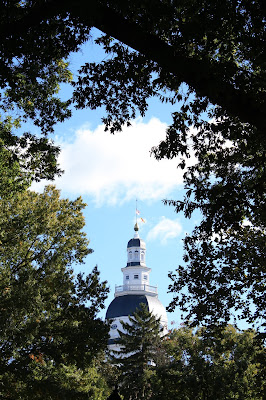 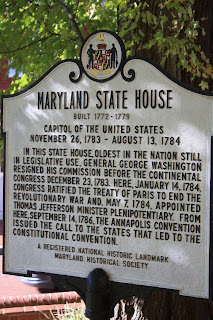 Also on the grounds of the State House is the Old Treasury Building; the oldest public building in Annapolis, it pre-dates the current State House by three and a half decades. 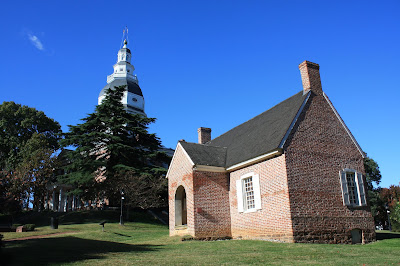 The flags at State Circle are displayed properly, with a cross bottony at the top of the pole. Maryland is the only state that prescribes a specific ornament for the flagpole. 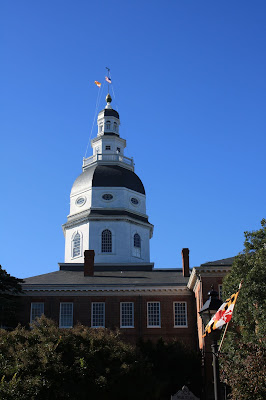 This cannon once defended Maryland's first capital city, St. Mary's, which was settled in 1634. Annapolis (originally called Providence) was founded by Puritan settlers in 1642 but did not become the capital until 1694 (at which point, after several previous changes of name, it also became Annapolis). 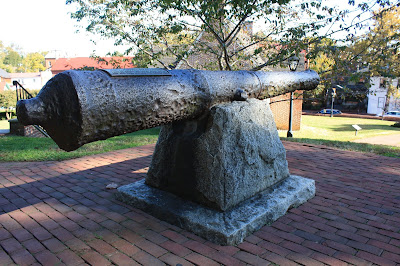 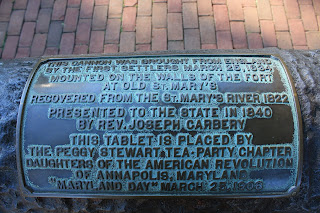 Maryland was founded by the Calverts, also known as the Lords Baltimore. Accordingly, the Maryland arms are the Calvert family arms. The motto, Fatti maschii, parole femine, is Italian rather than Latin, and means "Manly deeds, womanly words", though the state has gone with a more politically-correct translation: "Strong deeds, gentle words". (Incidentally, although there is a town called Baltimore in County Cork, the Lords Baltimore were associated with Baltimore Manor in County Longford—the same county from which the Farrells originally hail.) 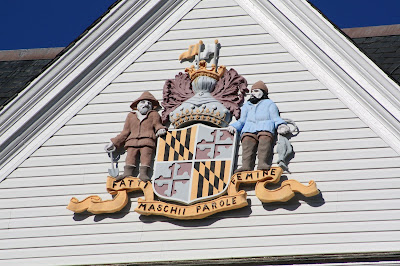 Right next to State Circle is Church Circle. Maryland was conceived as a Catholic colony with a policy of religious tolerance, though it took a while (thanks in large part to the aforementioned Puritans) for that vision to be realised. The majority Church of England was also influential in Maryland history. I've mentioned before, I think, that the Anglicans are known for pretty churches, and St. Anne's is certainly one. 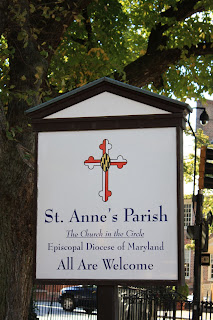 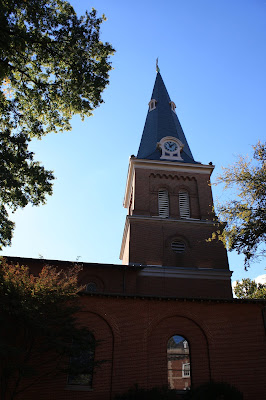 Okay, enough history for now. The photos that follow, though they are framed in such a way that they don't show much, nevertheless give a hint of the Old World feel of the town's historic neighbourhoods. (And Jessa is a big fan of the interior shutters.) 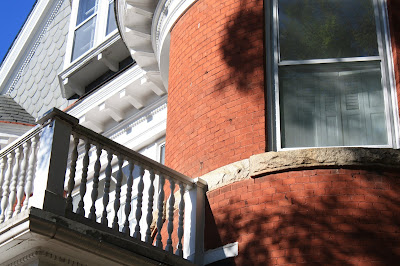 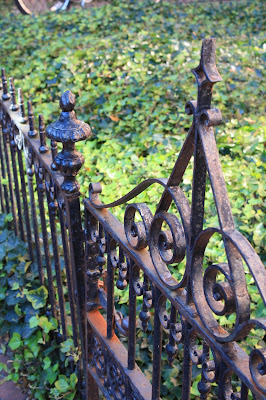 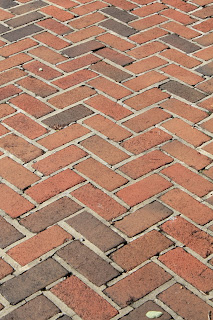 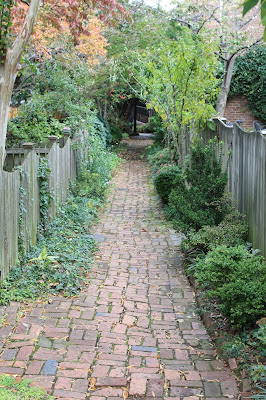 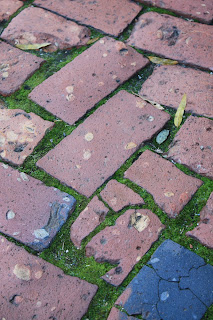 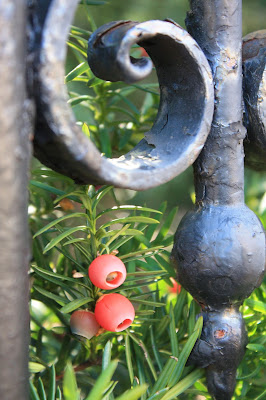 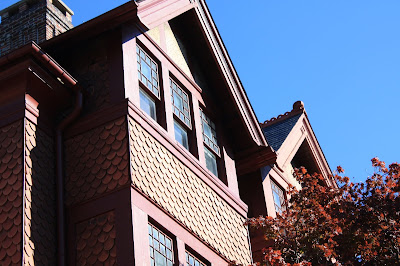 Annapolis is, of course, a port city as well, site of the United States Naval Academy (though we didn't visit the Academy) and unofficially "America's sailing capital". 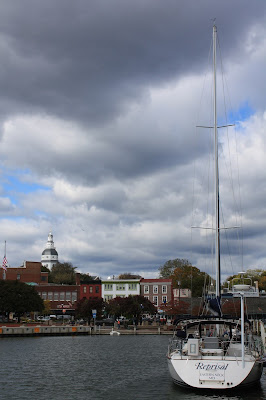 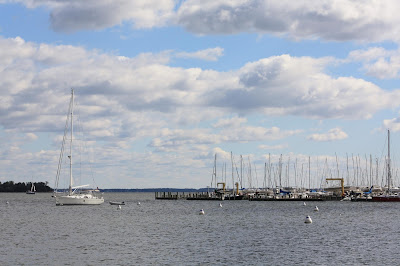 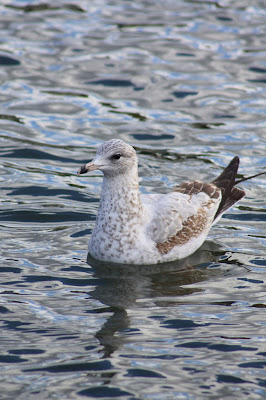 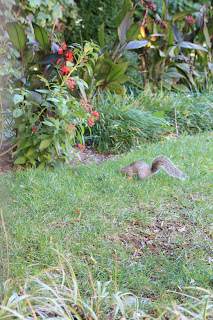 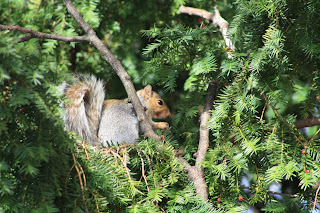 But here's the real reason we were in town. Below, yours truly with newlyweds Erich & Laura Mair. Laura, née Grammer, is my cousin. She and Erich fell in love in Annapolis, so what better place for their wedding? 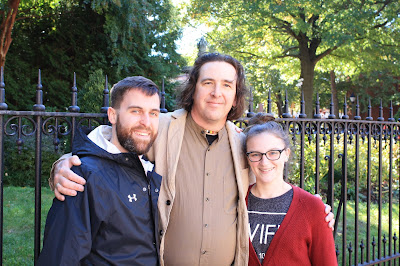 Posted by Mark Farrell-Churchill at 11:27 AM No comments: